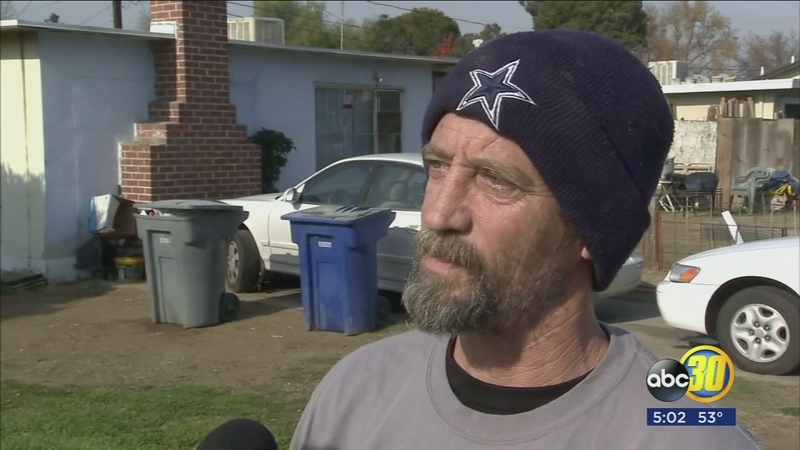 The suspect's father is speaking out saying he was dumbfounded when he learned about his son's plan. Gordon Jameson says he knew his son converted religion but never saw any signs of radical Jihadi beliefs.
EMBED More News Videos

Gordon Jameson, Everitt Aaron Jameson's father, spoke with ABC30 about learning his son was involved in a foiled terror plot.

According to the complaint, authorities say Jameson visited this Islamic Center in Merced. The people inside say they saw him come in a few times to pray but did not participate in other social activities. The suspect's father also lives in Merced and tells us he was shocked and disheartened when he learned about his son's plans.

The suspect's father, Gordon Jameson said, there was no warning signs no nothing, just "that's my religion dad."

Gordon Jameson says he was shocked to learn his son, Everett Aaron Jameson was planning a terror attack in San Fransico on Christmas day.

Jameson lives in Merced, he says his son recently moved to Modesto to live with his ex-wife.

Raised a Christian, Jameson believes his son converted to Islam about a year ago. He says around that same time, his son and daughter in law were getting a divorce.

According to court documents, Jameson and his wife had two kids. Jameson's father says his son lost custody of them a few months ago.

Jameson says his son used to be a wrestler, a good father and even trained to be a Marine before he was discharged.