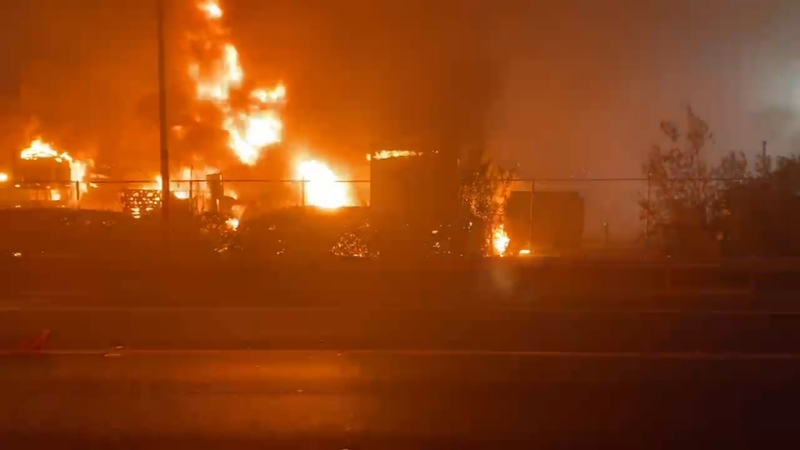 The flames broke out at Highway 99 and Olive just after midnight.

By the time they got there, the flames had spread through a storage yard and caused several tanks of some sort of fuel to explode.

Crews called for a second-alarm and began an aggressive attack on the fire while working to keep nearby buildings safe.

"At that point, they went defensive, started evacuating all the nearby structures and hotels to protect everyone in the event that it spread faster," says Shane Brown with the Fresno Fire Department.

Firefighters kept the flames from damaging any nearby buildings or homes.

Hazmat teams are still on scene Sunday morning and cleaning up the damage left behind by the flames.

Fire officials haven't specified what kind of chemicals may have been involved in the explosions.

No injuries were reported among the 40-plus firefighters who responded to the blaze.

The CHP temporarily shut down a stretch of Highway 99 near the scene of the fire -- but traffic has since re-opened in both directions.