KFSN
By Gilbert Magallon
REEDLEY, Calif. (KFSN) -- Flames lit up the sky as a home was consumed by fire off of Kings Drive and Circle in Reedley. 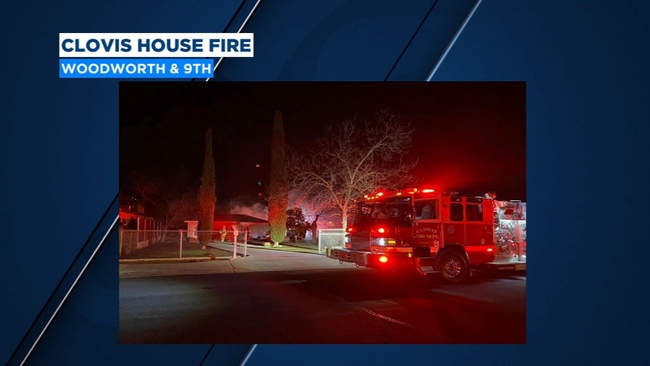