LAFD firefighter Francisco Aguilar vanished after a recent trip to Rosarito, Mexico. His family fear the worst and are calling for his safe return.
KABC
By Leanne Suter 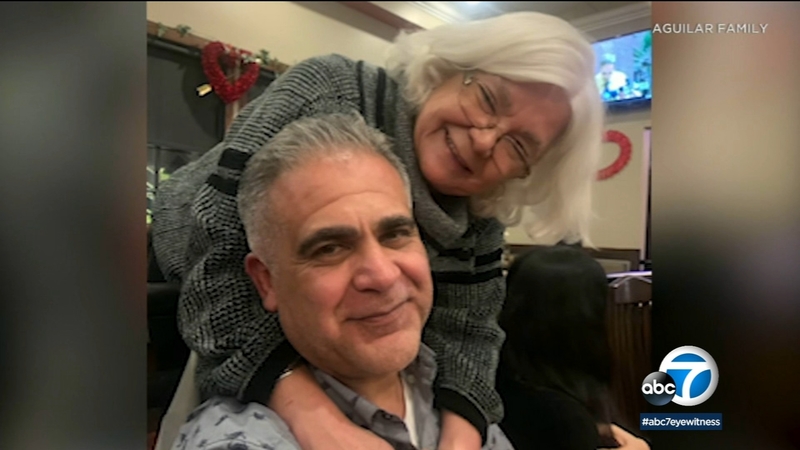 MONTEBELLO, Calif. -- Concerns are mounting over the mysterious disappearance of a Los Angeles firefighter.

The family of LAFD firefighter Francisco Aguilar is deeply concerned about his safety and are calling for his safe return after he vanished while on a trip to Mexico.

The 48-year-old Aguilar was last heard from on Thursday when he went to his condo near Rosarito.

"I hear of things like this happening but never would I ever thought it would happen to my brother," Aguilar's brother Gabriel said.

A firefighter with the Los Angeles Fire Department is missing after a recent trip to Mexico.

When family members went to check on him they found a concerning scene and no signs of Aguilar.

"The condo was ransacked, tables were overturned. It was a crazy, crazy episode," daughter Bella Aguilar said. "Vehicles were missing, items were missing. It was devastating to hear... It was so heartbreaking to hear."

His daughters say his Jeep and dirt bike are missing, and his phone is shut off, which they say is very unusual for the father of two who is extremely close to his family.

They are now trying to get help accessing the Ring camera in the condo in hopes of finding out what happened.

"It's a nightmare, for sure. The fear is the worst," daughter Amaris Aguilar said.

"We just want our dad back. We don't have a lot of power, and it's very heartbreaking," Bella Aguilar said. "Every day it is getting harder."