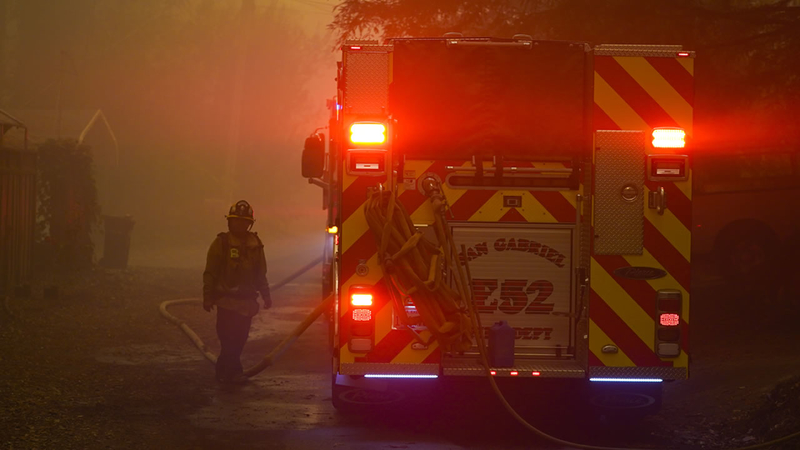 SAN FRANCISCO -- A commander fighting the CZU Lightning Complex Fire had his department vehicle broken into, his wallet stolen and bank account drained, according to CAL FIRE officials.

RELATED: Family forced to move to Visalia after fire has trailer with valuable items stolen

Brunton said the extent to which people will go is "sickening" and said this is the last thing firefighters should have to deal with as they work to contain the hundreds of thousands of acres burning across the state under limited resources.

"It's saddening. It's sickening," Brunton said. "We are doing everything we can to try to help the community and unfortunately this happens."
Brunton reiterated the plea from officials that people evacuate the region. "Please again," he said. "If you're there, leave when asked to leave and let our folks get in there to do what they're doing."

"To me, it's just mind-boggling that somebody would have the audacity to do something like that," said Santa Cruz County Sheriff Jim Hart during a press briefing Sunday afternoon.


The robbery of a crew member comes after officials say they arrested five people on suspicion of looting from evacuated properties. "It's terrible and disgusting," Chief Deputy Chris Clark with the Santa Cruz County Sheriff's Office said on Friday. "These five decided to victimize several of our community members who are already hurting."

Authorities says there has been at least eight arrests, including the five identified with suspicion of looting and theft in Felton, Boulder Creek and Scotts Valley.

The CZU Lightning Complex fire is currently burning throughout San Mateo and Santa Cruz counties. As of Sunday morning, the complex was 71,000 acres and increased to 8% containment, with 129 structures destroyed.