Fresno father-son murder trial could hinge on one man's words 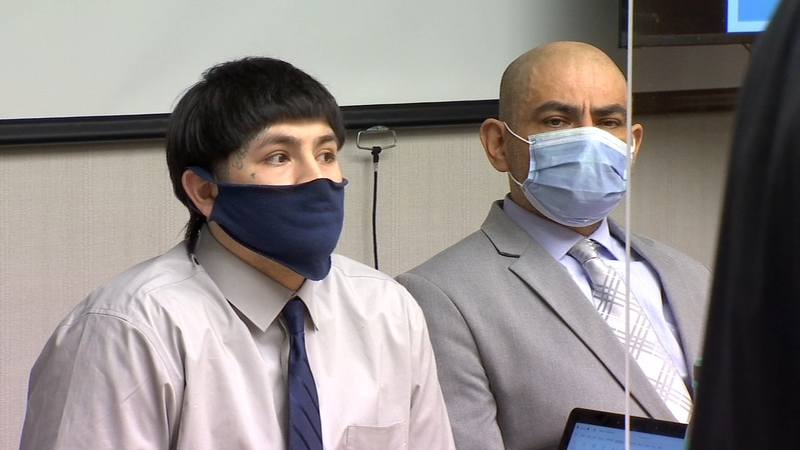 Fresno father-son murder trial could hinge on one man's words

FRESNO, Calif. (KFSN) -- A jury could decide as soon as Friday whether a Fresno father and son are guilty of a January 2020 murder.

The way prosecutor Amy Freeman tells it, the death of Florentino Higuera culminated a day of disputes between his friend George Castellanos and Jesus Serena, Sr.

Castellanos and Serena both dated the same woman and she was there when they got into a fight at a southeast Fresno bus stop - a fight recorded on a surveillance camera.

Castellanos talked about the confrontation with police after his friend was killed less than an hour later.

"One of the things that he told detectives was that Senior implied at the bus stop that he would bring someone with him when he came later," Freeman said. "'We are going to come f*** you up.'"

After gunshots pierced the door of Castellanos' southeast Fresno home and killed Higuera, Castellanos told police he knew who did it.

"Who was it and where'd they go?" the officer asked.

"It was my girlfriend Diana Gomez's ex-boyfriend," Castellanos told him.

But defense attorneys called it a case built on assumptions leaving reasonable doubt.

"The first thing Mr. Castellanos said about whether or not Senior was at the scene was that he assumed it was Senior," defense attorney Charles Barrett said.

Castellanos was under the influence of drugs at the time of the shooting and later admitted intentionally lying to police about certain details.

Barrett also pointed out evidence of prior gunfire at the same house.

Both Serenas face at least 25 years to life in prison if they're convicted.