Former FUSD board member Ashjian fined for conflicts of interest 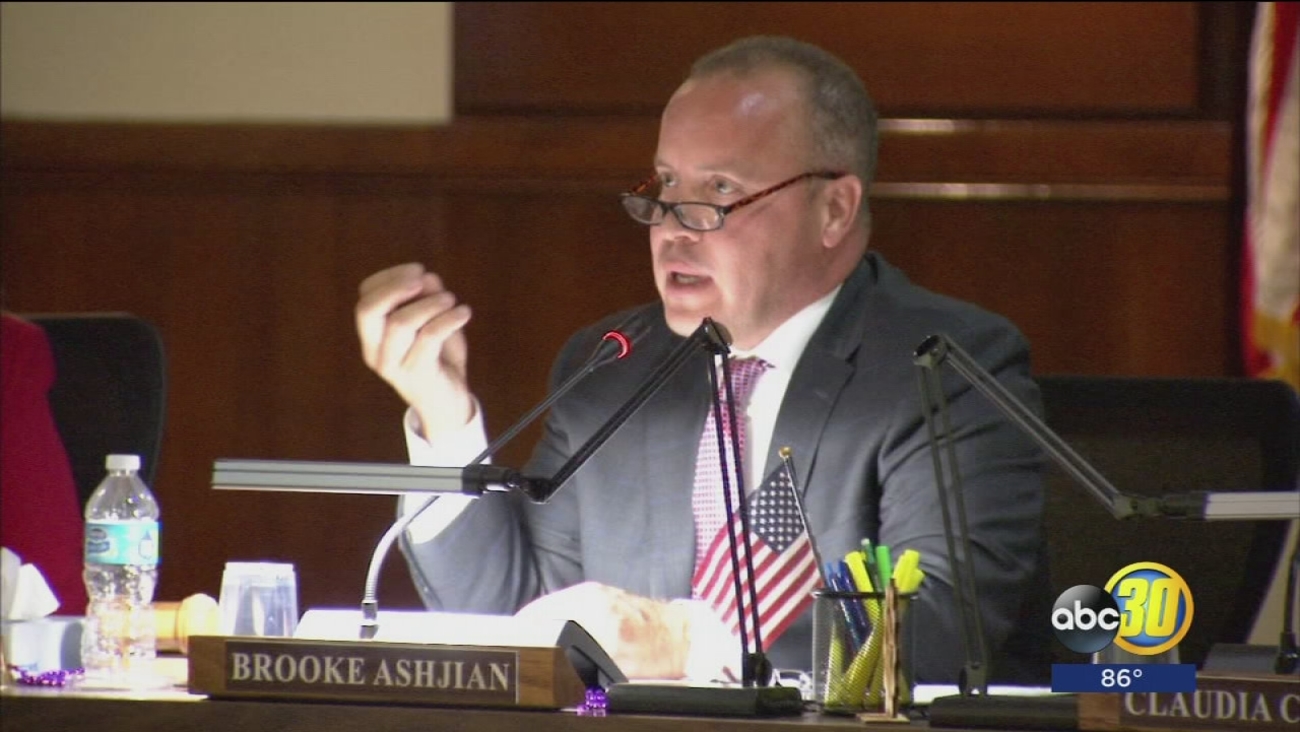 A file picture of former Fresno Unified Brooke Ashjian, who allegedly voted on four contracts on which he had a conflict of interest

The state's Fair Political Practices Commission is proposing a $23,500 fine against former Fresno Unified board member Brooke Ashjian for voting on four contracts -- totaling more than $17 million -- on which he had a conflict of interest, and failing to timely disclose his sources of income and property interests.

The commission has investigated Ashjian since the middle of his term on the FUSD board, which lasted from 2014 to 2018.

They determined Ashjian failed to timely disclose about 35 sources of income on his Assuming Office, and his 2015 Annual Statement of Economic Interests. He amended those in September 2016.

He also failed to disclose 15 real property interests, which he revealed in May and September 2017.

"In 2015, 2016, and 2018, as a member of the Board, Ashjian participated in certain governmental decisions involving these financial interests," FPPC investigators reported.

The commission will vote on whether to approve the fines at a meeting next week.

Ashjian has not responded yet to a request for comment from ABC30.