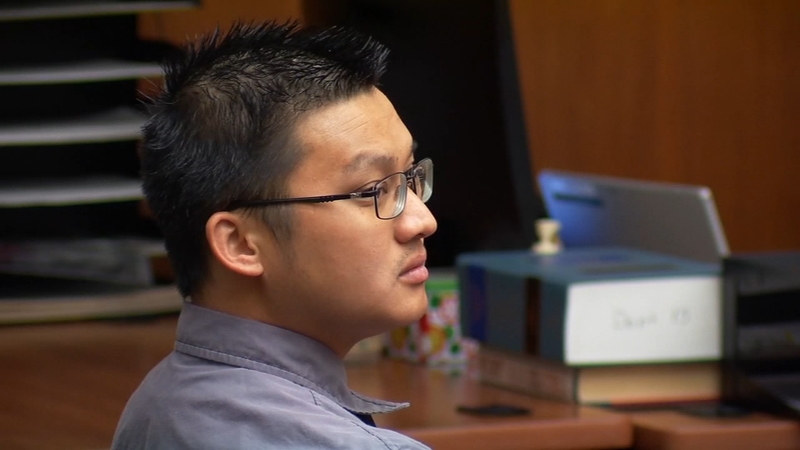 The Tulare County District Attorney's Office filed a felony charge against 27-year-old Pheng Yang in March after sheriff's deputies found a 15-round magazine in his bedroom.

But Yang's attorney claimed that Yang bought the magazine legally during a period of time in 2019 that has come to be known as Freedom Week.

At that time, a U.S. District Court judge ruled that California's high-capacity magazine ban was unconstitutional and shouldn't be enforced.

A buying spree ensued across the state, until the judge decided the ban should continue to be enforced while the case was taken to the U.S. Court of Appeals.

The Freedom Week argument worked for Yang, because in June, a Tulare County judge dismissed the case against him.

As part of a statement, Yang's attorney Eric Schweitzer said he hopes her new finding of factual innocence "serves as an example of what not to do for other Sheriffs and Prosecutors statewide."

The Tulare County District Attorney's Office tells Action News they supported Freedom Week prior to that ruling and would not have continued with the case against Yang had he provided a receipt for the magazine, or the name of the person he bought it from.

Here is the full statement from Eric Schweitzer:

The fact that this Petition succeeded is not remarkable. What is remarkable is the failure of the Sheriff and the DA's Office to honor the Lawful Order of a Federal Judge. Sworn court records prove they received that Order not to arrest or prosecute several months before they arrested and prosecuted Mr. Yang in clear violation.

The Order has recently been affirmed by the 9th Circuit. With tens of millions of regular capacity magazines (those with over ten round capacity) in law abiding hands prior to the advent of this anti-magazine law, it's natural for this to occur. After all, this is the United States. The Constitution reigns supreme.

We hope that the Tulare County authorities will Honor Judge Boccone's Order to seal and destroy all records of this terrible injustice that was done to a good man. We hope the Sheriff will restore his property and his CCW without further delay.

We know that with or without a court order, the Sheriff and DA will never apologize for trampling Mr. Yang's right to keep and bear arms. Apology or no apology, we are relieved that this part of the case has passed and we hope Judge Boccone's Order serves as an example of what not to do for other Sheriffs and Prosecutors statewide.

Here is the full statement from the Tulare County District Attorney's Office:

Our office is pleased that the Ninth Circuit has definitively spoken on the Constitutionality of the law regarding high capacity magazines. State laws are presumed Constitutional until otherwise determined by the Courts. Prior to the Ninth Circuit's ruling, this office wholeheartedly supported "Freedom Week" and would not have proceeded with this case had the defendant provided the most basic of information such as a receipt or even the name of the person he bought the magazine from.

Here is the full statement from the Tulare County Sheriff's Office:

Sheriff Boudreaux has a proven track record and is widely known for his support of the Second Amendment and the right to bear arms.

The Sheriff's Office cannot blindly look away from any case it is investigating.

Cases are investigated and submitted for review to appear within our judicial system and must be allowed to take legal course within our courts. That is how our system is set up. As with any case that is dismissed, property will be returned.

Prior to the Ninth Circuit's ruling, the Sheriff's office supported "Freedom Week" and would not have investigated this case had the defendant provided the most basic of information, such as a receipt or even the name of the person he bought the magazine from during the probation/parole detail where he was arrested.
Report a correction or typo
Related topics:
tulare countygun laws
Copyright © 2022 KFSN-TV. All Rights Reserved.
GUN LAWS
Proposed federal gun laws may not have prevented Uvalde: Experts
Senators announce an initial agreement on gun control legislation
Senate negotiators announce a deal on guns, breaking logjam
'Enough is enough' say thousands demanding new gun measures
TOP STORIES
Fresno County firefighters carrying out water rescue in Caruthers
Fresno's food truck community comes together to support Planet Vegan
How Valley outdoor workers are coping with the extreme heat
Sanger community raising funds for Mexican restaurant hit by fire
You can beat the heat for free at these 10 Fresno pools this summer
At least 46 bodies found in 18-wheeler in San Antonio
Tax refunds for CA: Here's what's included in new relief package
Show More
3 dead, at least 50 injured after Amtrak train derails in Missouri
Abortion protections to be on California ballot in fall
Target, Walmart weigh paying you not to bring back unwanted items
Nelson Esparza dropping defamation lawsuit against Garry Bredefeld
Visalia police searching for missing 72-year-old woman
More TOP STORIES News