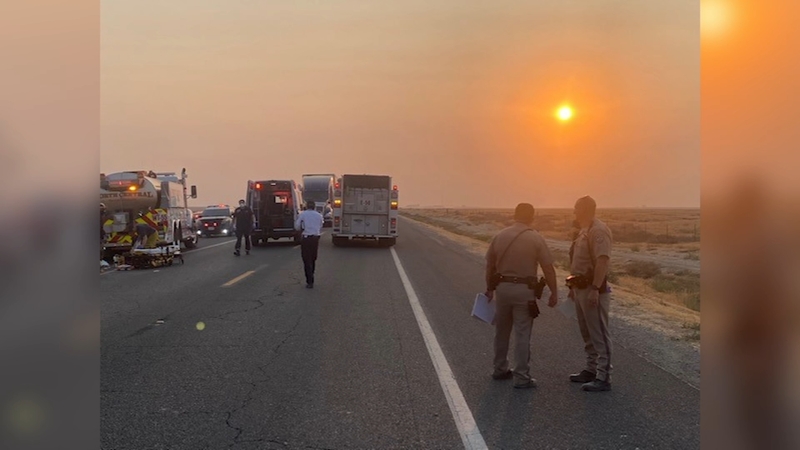 The California Highway Patrol says it happened around 6:30 Monday evening on Highway 180 near James Road, west of Kerman.

Officers say a 21-year-old man was driving a Honda Odyssey east on the highway, approaching a Ford going west.

Officers say the driver of the Ford swerved off the roadway and then overcorrected, colliding head-on with the Odyssey.

Both vehicles veered off the road from the impact. A man driving a Dodge pickup behind the Odyssey swerved to avoid the collision. The maneuver caused his truck over overturn.

Authorities say the drivers of both the Ford and Honda died at the scene.

Three people inside the Honda, including a 16-year-old teen and an infant, were all taken to Community Regional Medical Center with moderate injuries.

The driver of the Dodge was also taken to the hospital with moderate injuries.

The cause of the crash is still under investigation, but officers believe the driver of the Ford may have been under the influence.