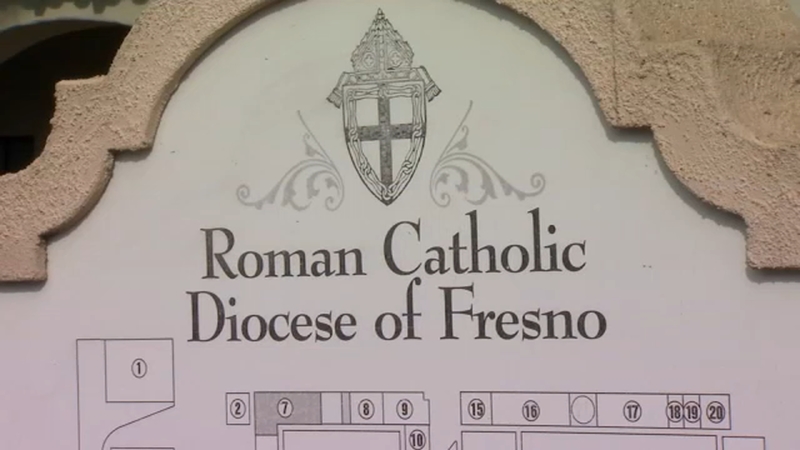 FRESNO, Calif. (KFSN) -- The Fresno Catholic Diocese has released a list of those who have been credibly accused of sexual abuse of minors and young people in the Diocese of Fresno.

It's something the Diocese has promised to do for several years.

There are 66 names on the list with details on all of the places the individual worked within the Diocese of Fresno.

Victim advocates say they are grateful the list was released, but say it's not as comprehensive as it should be and it took far too long for it to be completed.

"What the list and the release of it. it does is give us a little peak into the dark closet, the dark corner," said Attorney Jeff Anderson ,who represents abuse victims.

According to the Fresno Catholic Diocese website, the list includes those who were accused while working within the Diocese of Fresno and those who had credible allegations elsewhere, but worked within the Fresno Diocese for a period of time.

In a statement by Bishop Joseph V. Brennan, he said in part, "This List is meant to be part of an on-going process of healing for everyone."

He went on to say, "We must do everything in our power to prevent instances of abuse from ever happening at any time or anywhere here in the Diocese of Fresno."

Among those named but the diocese, Reverend Robert Gamel, widely known as Reverend Bob.

He was a priest at St. Joseph's Catholic Church in Los Banos and was arrested for child pornography in 2014 after officers found him in possession of images of an underage parishioner.

A civil lawsuit filed in 2011 accused him of inappropriate behavior while he worked at San Joaquin Memorial in Fresno.

In 2006, he was permanently banned from ministry.

One of the most recently accused priests was Monsignor Craig Harrison.

He has been accused of molesting multiple teenage boys in Bakersfield and Firebaugh.

Harrison left the priesthood earlier this year. His attorney has denied all claims of sexual abuse.

He believes Harrison's name should've been released by the diocese a long time ago.

"How many lawsuits do we have to bring, how many reports do they have to receive before they finally release the list and put him on it?" said Anderson.

A survivor support coordinator with Survivors Network of those Abused by Priests (SNAP) said the list is a great start, but there's room for improvement.

"We'd like to see how many allegations were there against this person? When did they hear about each of these allegations? Where did the allegations come from? Which of his -- which of the man's assignments?" said Melanie Sakoda, a survivor support coordinator with SNAP.

They say this sort of acknowledgement from the diocese helps victims start to heal.

"I think it's important that the diocese produce this list and hopefully they will keep improving it," said Sakoda.

Action News requested an interview with the Fresno Diocese, but a spokeswoman said they were not giving interviews on the list and believed the information on their website spoke for itself.