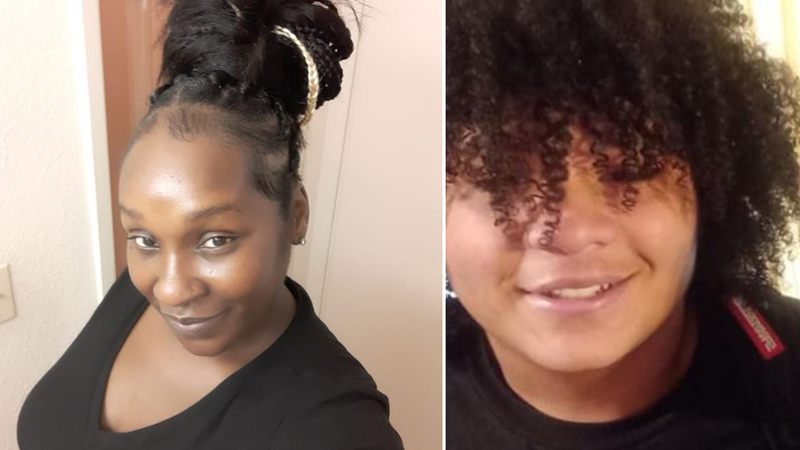 FRESNO, Calif. (KFSN) -- Fresno police announced Saturday the victims of a deadly double shooting one day earlier are a mother and son.

33-year-old Fanchon Moore and 17-year-old Antonio Rodriguez were found with gunshot wounds at their home in east central Fresno just after 4:15 pm Friday.

Shortly after officers arrived at the home on Weathermaker and Winery Avenues, Moore was pronounced dead at the scene.

Rodriguez was rushed into surgery at Community Regional Medical Center, where he died soon after.

Homicide detectives say the mother and son were involved in a disturbance with another family member at the home, when they were shot.

On Friday afternoon, police received a phone tip that a man wearing dark clothing might have been running away from the home.

Officers caught up with that man and detained him - just a block away from the scene. It's unclear if he's connected to the shootings but not far from him, officers located a firearm.

These are the city's 58th and 59th homicides of the year.

Police are currently canvassing the neighborhood in search of surveillance video and trying to find more witnesses.

You can also remain completely anonymous by contacting Crime Stoppers at 498-STOP (7867).