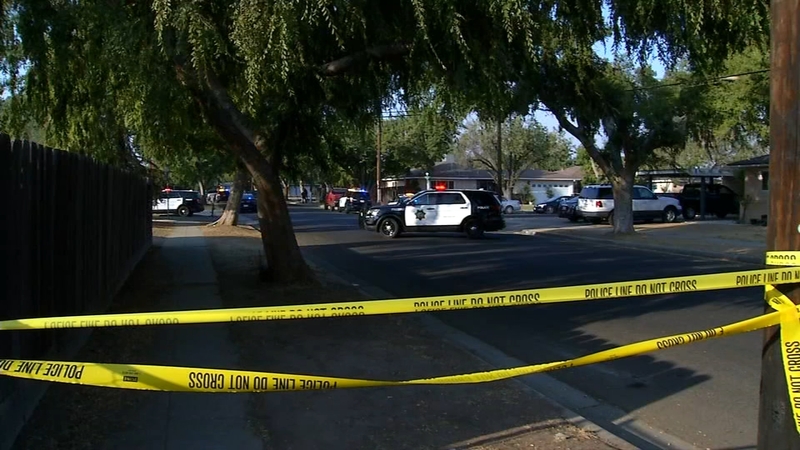 FRESNO, Calif. (KFSN) -- Fresno Police are investigating the city's 58th and 59th homicides of the year.

Around 4 pm on Friday, a woman believed to be in her 30s and a man in his late teens were shot and killed outside a home on Weathermaker and Winery Avenues.

"We do not know if this is domestic violence-related or not," said Lt. Larry Bowlan with the Fresno Police Department. "We know that the two victims do have a relationship."

When officers arrived, they found the two victims. The woman was pronounced dead at the scene. The man was taken to the hospital but died a few hours later.

Police received a phone tip that a man wearing dark clothing might have been running away from the location.

Officers caught up with that man and detained him -- just a block away from the scene.

It's unclear if he's connected to the shootings but not far from him, officers located a firearm.

"We have no idea if it's affiliated to this murder investigation or if it was just something discarded," said Lt. Bowlan.

Before shots were fired, witnesses say several people were yelling in the street.

Officers are now working to find anyone who may have been involved in that argument and left before they arrived.

Neighbors Action News spoke with said they have heard similar arguments in the area before, but shootings in this neighborhood are not common.

No suspect descriptions have been released yet.