At least 20 shots were fired in the span of less than a minute, officials say.
KFSN 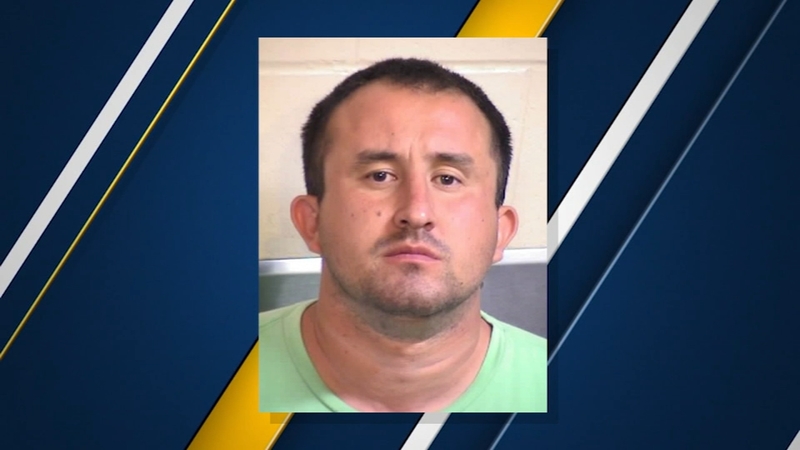 FRESNO, Calif. (KFSN) -- A man suspected of killing his mother in Fresno was shot to death in a gun battle with police more than 250 miles away in Southern California.

Officers were trying to track down 34-year-old Nick Costales after his mother was found dead Sunday night.

When officers tried to pull over Nick Costales of Fresno- in his mother’s stolen Kia Optima- officers say he stepped out of the car and began firing. The traffic stop was on the 10 Freeway- but the deadly confrontation happened after Costales exited at Monte Vista Avenue. pic.twitter.com/qA00lG5tHs

The search ended Monday when the stolen Kia Optima he was driving was spotted on the 10 Freeway in Montclair.

Officers say Costales pulled off the freeway and stepped out of the car firing. After an exchange of gunfire, Costales was dead.

The Fresno man had been unemployed and staying with his mom, Thelma Vasquez.

When Thelma didn't show up for a get together this weekend, her family got worried.

"She was found inside her residence. She did not answer her phone calls for a couple of days, had not gone to a family gathering that many of her family members expected her to be at," said Fresno Police Lt. Larry Bowlan.

When her family stopped by her house, they made the grisly discovery.

The suspects mother- has been identified i59 year old Thelma Vasquez of Fresno. Family members became concerned after she never showed up to a family gathering. Detectives believe she was dead 2-4 days before she was found. Her autopsy is today.

A murder suspect- accused in the homicide of his mother over the weekend is now dead. Officers say 34 year old Nick Costales admitted to killing his mother-before officers say he was confronted last night in SoCal. Montclair Police say there was a shootout and Costales died. pic.twitter.com/q7ivNhSx45

Officers also noticed Costales was missing, along with his mother's car. But before the shootout that ended his life. detectives were able to get a full confession.

"Homicide detectives after speaking with family were able to record a phone conversation that Nick had and in that conversation Nick Costales actually admitted to killing his mother," said Lt. Bowlan.

Family says Costales was a Marine who did a tour in Afghanistan. Officers say he struggled with drug abuse and was diagnosed with bipolar disorder.

But his mother's love knew no bounds. Loved ones say Thelma was generous and would do anything to help her sons.

Officers aren't saying how she was killed, only that she had obvious signs of trauma.