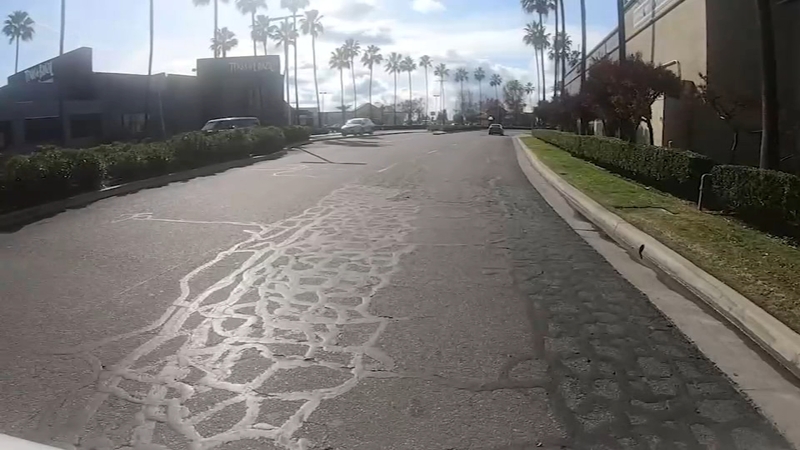 FRESNO, Calif. (KFSN) -- As commercial and residential neighborhoods moved towards north Fresno over the years, the city's southwest residents have felt neglected and left behind.

During the 20th century, the city restricted people of color to the west side of town through redlining.

"As a result of that, what you ended up with is concentrated poverty within an area," said Mayor Jerry Dyer of Fresno. "Oftentimes, people who live in those neighborhoods feel forgotten."
Dyer is taking the lead on changing that and cleaning up the years of racial injustice.

He and councilmember Miguel Arias announced a second Beautify Fresno 'neighborhood blitz' on Thursday which will focus on revitalizing the North Avenue neighborhood.

"We are now going to commence the rebuilding of west Fresno to make sure that the sidewalks, parks, streets, trails, housing, and the amenities they've been asking for finally arrives," said councilmember Miguel Arias.

"It's going to allow us to continue to do these efforts at a large-scale basis," said Dyer.
But this is just one small step towards the bigger goal of rebuilding. Arias says the west side of town will soon have a new college campus, a 10-acre park, affordable housing, and grocery stores. All community centers in district 3 will also be remodeled, according to Arias.

"We are excited, we are ready, it's been a long time coming for these improvements," said Yolanda Randles, director of the Mary Ella Brown Community Center.

In addition to repair and cleanup efforts, the mayor says there will be more enforcement to prevent illegal dumping in the city.

Volunteers can register for this event by visiting https://www.eventbrite.com/e/north-avenue-neighborhood-blitz-tickets-144535853629