Standing feet from where his nephew took his final breath, Franky Murrietta led a group prayer.

"This is the first time me or my family has been this close to where this incident has happened," said Murrietta.

His nephew, Isiah Murrietta-Golding was 16 when he was shot and killed running from Fresno Police.

According to Fresno Police, officers tried to detain and question the teen because they suspected he and his brother were involved in a shooting the day prior, but Isiah wasn't the shooter.

He later said he thought Murrietta might be armed, adding the teen made eye contact and reached for his waistband, causing him to fear for his life.

The city's Office of Independent Review found the shooting within policy.

"We want the case opened back up and that's why we're all in the heat, that's why as a community we're all brought together," said Murrietta.

Captain Joe Alvarez wouldn't comment on the calling for the case to be reopened but said officers were on hand to make sure they could make their voices heard without being disturbed.

"We will always support a peaceful demonstration. We believe in individuals exercising their rights," said Fresno Police Capt. Joe Alvarez.

The family's attorney has filed a federal lawsuit against the city.

RELATED: Family of 16-year-old boy who was shot and killed by Fresno Police officer suing the city

The city of Fresno has filed to have the lawsuit dismissed. If the judge doesn't grant that, this will go to a settlement conference at the end of this month. A trial date is set for October 27th.
Report a correction or typo
Related topics:
societyfresnoblack lives matterdeadly shootingprotestrace relationsofficer involved shootingracismteen killedgeorge floydfresno police department
Copyright © 2021 KFSN-TV. All Rights Reserved.
PROTEST 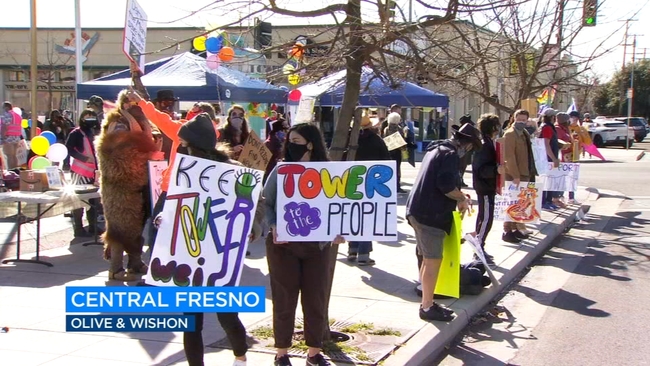