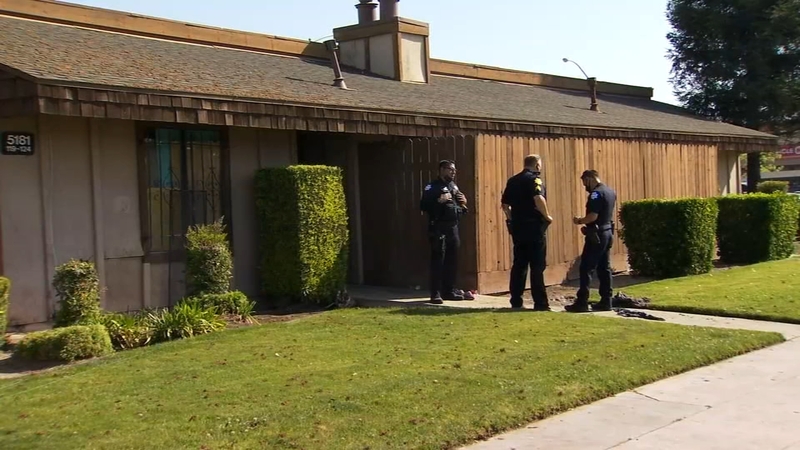 FRESNO, Calif. (KFSN) -- Fresno police were called to an apartment near Olive and Peach around 8:30 Tuesday morning after someone passing by spotted an unattended toddler in diapers.

When officers arrived, they found three more children inside the home. Their ages are 1, 3, 4, and 7 years old.

"The oldest child was able to tell us that mom and dad were at work, and they were alone in the house," says Fresno police officer Felipe Uribe. "Obviously, that immediately concerned us. We started calling out resources."

One neighbor in the same apartment complex said he noticed one of the children earlier in the morning by herself riding on a hoverboard.

"It was kind of strange that the little girl was out here because usually, the parents are usually with them (or in the parking lot), but I didn't see nobody," says Robert Bell.

Inside the family's home, Fresno police say they found signs of neglect - including limited food and poor living conditions.

"This is not a common call of child neglect and that's why it shocks the officers and the community so much," Uribe said.

"Every parent needs to know their own child and make the decision about their ability to care for themselves," says Fresno County Deputy Director of Child Welfare Tricia Gonzalez.

Gonzalez says parents who allow their children to stay home alone need to take in consideration their child's age, developmental needs, and the kids ability to reach out to family members for support.

"It comes down to safety and the kids being able to safely manage themselves," she said. "So it is about length of time and ability to handle an emergency or anything that might happen."

All four children in this case were removed from the home. Their father arrived hours later and was arrested.

Joshua Yang, 33, has been booked into jail, but we're not showing his face to protect the alleged victims.

Authorities said Wednesday morning the children's mother Bao Xiong, 32, turned herself into Fresno police on Tuesday afternoon. She was arrested and booked into the Fresno County jail.

Officials say the children are safe and in good condition -- they have been fed, cleaned up, and made to feel comfortable.