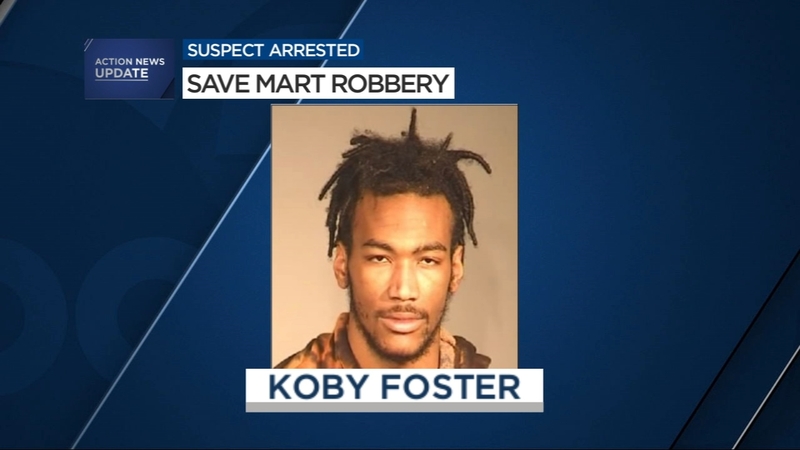 FRESNO, Calif. (KFSN) -- Police have arrested a man accused of violently attacking a Save Mart employee during a robbery in Fresno.

The assault happened on January 7 at the store on Ashlan and West Avenues.

Investigators say 22-year-old Koby Foster and a woman tried to walk out of the store with a cart filled with unpaid items.

A worker collecting carts outside tried to stop them. He held onto their shopping cart, and that's when police say Foster grabbed the employee by the head and neck and threw him to the ground.

Foster allegedly punched the victim several times, knocking him unconscious, while the woman grabbed items from the cart. The two suspects then ran off.

The employee was taken to the Community Regional Medical Center with serious injuries, including a fractured skull and internal brain bleeding.

Both suspects were arrested on Monday and booked into the Fresno County Jail. Police have not released the woman's name.