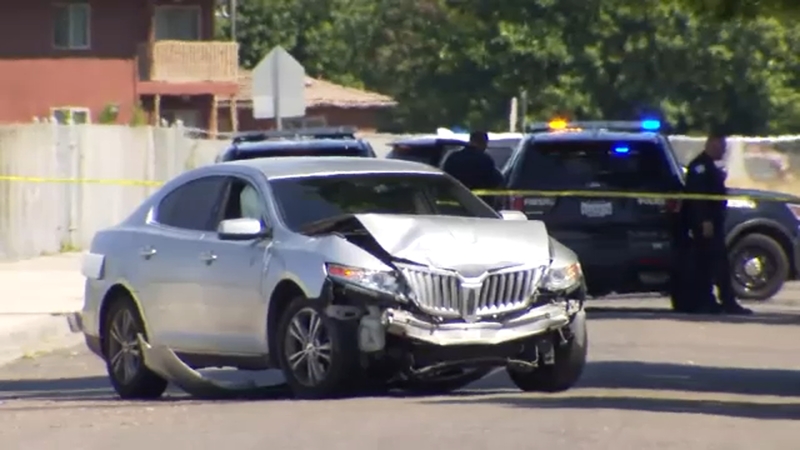 The gun violence started at about 1 am on Sunday when three to five shots were fired near Brooks and McKinley.

Stray bullets struck two apartments, hitting a woman in her arm. She was taken to the hospital but is expected to be OK.

"Victim says it's random. He was out with his son for a drive when he noticed a vehicle following him," said Fresno Police Sgt. Ray Villalvazo.

Two to three suspects in an SUV fired multiple rounds at a man driving through southeast Fresno near his home on Grove Avenue.

His six-year-old son was in the car with him.

Police say as many as 28 high-caliber rounds were fired before the suspects got away.

"At any time you feel like someone is following you or there's something suspicious going on, always try to avoid going home, stay on a public road," said Sgt. Villalvazo.

Then at about 3 pm, a man walking near Yale and Orchard was shot twice in the chest and arm by someone in a passing SUV.

The victim ran to Radio Park and called the police.

Officers say they found a live round of 45 caliber ammunition and a 45 caliber magazine with live rounds near the scene.

The man was taken to Community Regional Medical Center for treatment.

Despite these shootings happening on a holiday, all of the victims are expected to survive.

Police are still searching for suspects in each of the shootings.

Anyone with information about these cases is asked to call the Fresno Police Department of Crimestoppers.