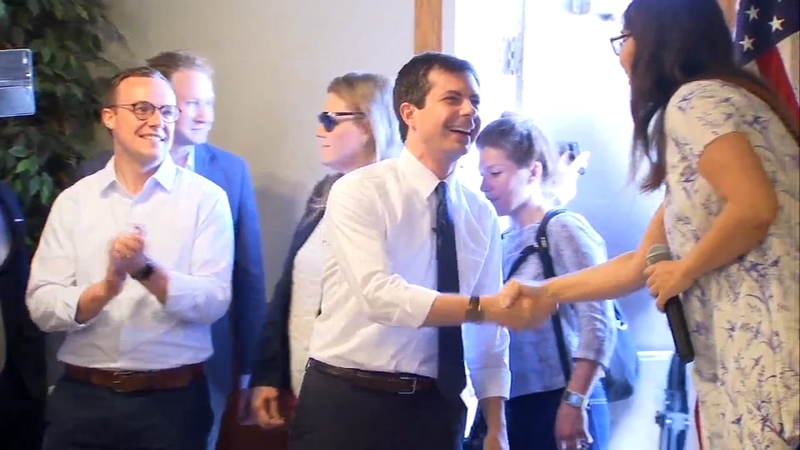 FRESNO, Calif. (KFSN) -- In his first visit to Fresno, Pete Buttigieg is giving Valley voters the chance to meet him and hear his policies.

Known on the campaign trail as Mayor Pete, the Democratic nominee for President pledged to bring change to the White House and unite the country while addressing a room full of supporters Monday.

The South Bend, Indiana mayor spent the weekend in California attending the California State Democratic Convention in San Francisco before arriving for Monday's special Meet and Greet at Toulumme Hall in Downtown Fresno.

Buttigieg has enjoyed a recent surge in the polls thanks to what supporters call his charisma and his fresh take on old issues.

"The guy is a wonderful speaker and I think he articulates all the issues that not only Democrats but all of Americans care about," said Clovis resident David Rowell.

Mayor Pete listened to voters concerns Monday while spending much of his focus on healthcare and the economy.

While former Vice President Joe Biden continues to lead the Democratic field, Buttigieg says his experience as a member of the LGTQ community can help him relate to other marginalized groups.

"The road ahead for him I think definitely it'll be more of a help than a hindrance," said Fresno resident Michael Gil. "The people who would be questioning him for his sexual orientation as far as voting you don't want those people voting for you anyways."