The CHP is asking for the public's help in tracking down the suspected hit-and-run driver.
KFSN
By Nic Garcia 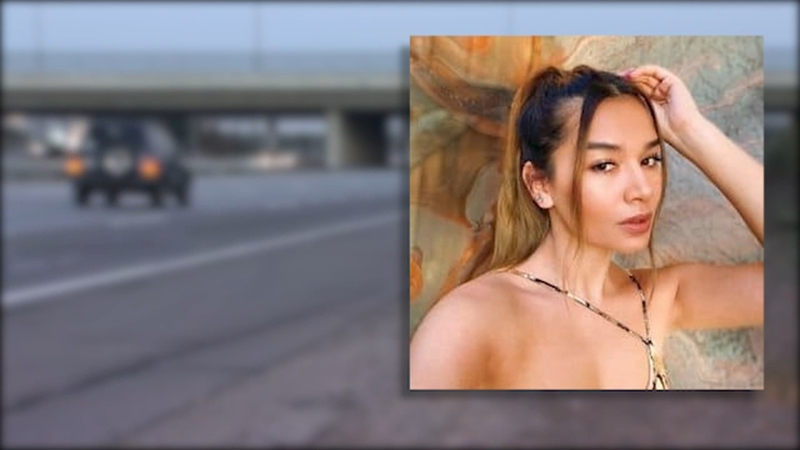 FRESNO, Calif. (KFSN) -- A 23-year-old Fresno woman was killed in a crash after she stepped into a lane of traffic on Highway 180.

The Fresno County Sheriff's Office says the crash happened at 2:50 on Saturday morning near Cedar Avenue.

According to deputies, the woman, Devan Nicole Elayda, had pulled over in the center median on the freeway, exited her vehicle, and stepped into the eastbound lane.

Califiornia Highway Patrol officers say they believe she wanted to switch seats with a passenger.

That's when she was hit by a passing motorist.

When officers and paramedics arrived, they tried to revive Elayda, but she died at the scene.

The driver of the car that hit her drove off on the 180 after the crash. CHP officers are looking for that driver.

The sheriff's office says Elayda was a student at Fresno State and is originally from Hollister.

The CHP is asking for the public's help in tracking down the suspected hit-and-run driver.

The Lexus should have damage to the driver side front bumper, hood or fender area.

The CHP says it is unclear at this time if Elayda or the driver of the Lexus were under the influence.