47 guns were taken off the streets, while $136,000 was seized and nearly 90 pounds of meth was confiscated along with six pounds of heroin.
KFSN
By Jason Oliveira 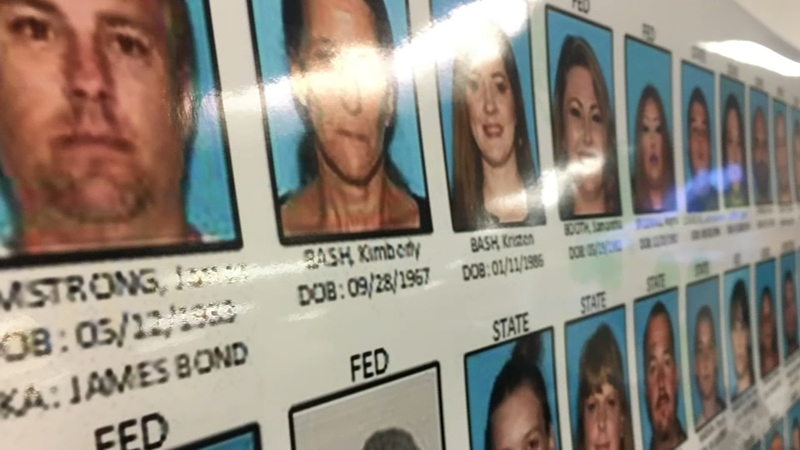 FRESNO, Calif. (KFSN) -- A number of associates connected to white supremacist gangs have been arrested and taken off the streets by local and state investigators as part of an investigation called 'Operation Lucky Charm.'

Senior leaders of the Aryan Brotherhood and Fresnecks street gangs are facing state and federal charges resulting from a nearly year-long investigation.

"A significant aspect of this investigation was the specific effort to identify sources of supply for guns, narcotics and to stop acts of violence in their pre-planning stage," said Fresno County Sheriff Margaret Mims.

According to authorities, the hierarchy of the notorious prison gang the 'Aryan Brotherhood' has been dismantled along with its associates in the Fresno County street gang known as the Fresnecks.

The 11-month investigation led to 102 arrests, through the efforts of federal, state, and local law enforcement agencies.

47 guns were taken off the streets, while $136,000 was seized and nearly 90 pounds of meth was confiscated along with six pounds of heroin.

"These two gangs pose a real threat to the peace and safety of our communities not just in Fresno County but throughout the state of California," said Attorney General Xavier Becerra.

As part of 'Operation Lucky Charm', investigators stopped contraband from getting into state prisons.

Fresno County Sheriff Margaret Mims said footballs and volleyballs stuffed with drugs and cellphones were intercepted after they were thrown into a prison yard by an outside accomplice.