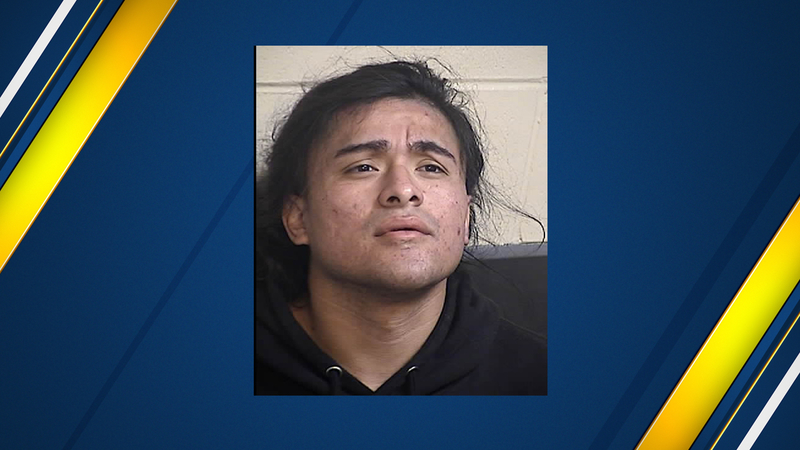 FRESNO, Calif. (KFSN) -- A 77-year-old Fresno street vendor, his two adult daughters and his 16-year-old granddaughter were all assaulted by a man on Valentine's Day.

Thanks to the community's help, police made an arrest Wednesday.

Fresno Police say the man is 21-year-old Martin Chavez. He was on parole for assault with a deadly weapon.

Chavez now faces strong-armed robbery and assault charges for the crimes he confessed to committing on Monday.

Part of the incident was captured on cell phone video. Behind the camera was 16-year-old Kamelia Hernandez.

She says her instinct was to take out her cell phone and start recording.

"I started recording but before I recorded, he threw his hand at me, socked me and I was really scared," said Hernandez.

Chavez also assaulted her mom, Nana Luz Beltran, her aunt, and stabbed her 77-year-old grandfather in the hand.

"My grandpa was bleeding, there was blood all over the floor. It also got on the bears," said Hernandez.

The video has been viewed, shared thousands of times and several people recognized the man.

"There were multiple calls. There had been calls not only to our tip line, but also through social media," said Fresno Police Chief Paco Balderrama.

Fresno Police tracked down Chavez, who's on parole for assault with a deadly weapon, Wednesday morning and arrested him.

He confessed to the crime.

The family is hoping their story will help other street vendors.

They -- along with Fresno police -- encourage any vendor who is robbed or assaulted to call 911 and report it.