Fresno woman among those suing Lyft after sexual assaults 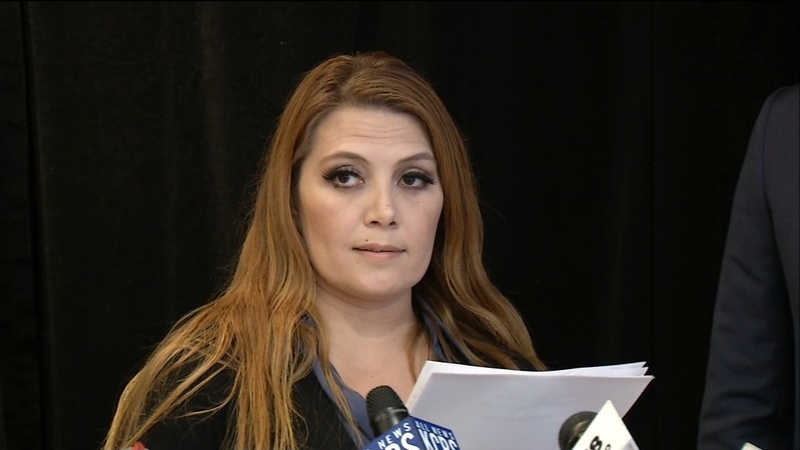 FRESNO, Calif. (KFSN) -- A Fresno woman who said she was raped by a Lyft driver during a visit to southern California in 2018 is now part of a lawsuit against the rideshare company.

Gladys Arce of Fresno agreed to be identified publicly.

She appeared and spoke in San Francisco, where attorneys announced the lawsuit on behalf of 14 women who say they too were sexually assaulted.

Arce explained, "In my case, I was held hostage for five hours and Lyft did not even know my life was in danger."

Gladys said her Lyft rider locked the doors and turned off the app when she got into his car in Los Angeles on October 28, 2018.

Attorney Stephen Estey described the incident, "He begins assaulting her and at the end of five hours, he forcibly took her down to a beach where he brutally raped her."

The lawsuit said Lyft failed to properly screen drivers and take precautions to protect its passengers.

Arce said, "Cameras in the car and better GPS tracking could have protected me and helped insure my Lyft driver stayed on course."

Lyft responded with a statement which said in part, "We do not tolerate harassment or violence on our platform, and such behavior can and does result in a permanent ban from our service."

Lyft insisted the safety of riders and drivers was fundamental to the company.

Arce said, "There also needs to be a random drug and alcohol testing because my driver was smoking crack in a pipe."

Attorneys believed there were more victims around the country and will seek a mass action lawsuit.

Gladys Arce used to work as a waitress in Fresno. Her attorney said she now has PTSD and is unable to hold a job.
Report a correction or typo
Related topics:
assaultlyftsex assaultsexually assaultsexual harassmentsexual assault
Copyright © 2021 KFSN-TV. All Rights Reserved.
More Videos
From CNN Newsource affiliates
TOP STORIES