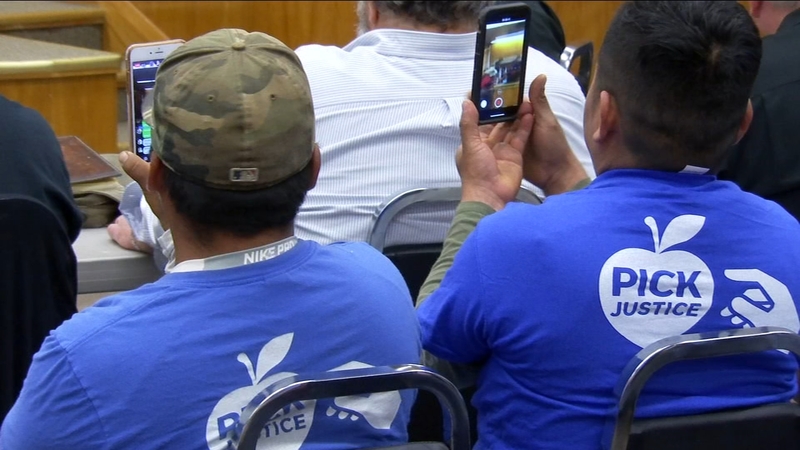 FRESNO, Calif. (KFSN) -- A vote to decertify the United Farm Workers Union from one of the state biggest fruit companies has finally been counted.

Workers at Gerawan Farms in Reedley voted five years ago to get out of the UFW. But because of legal delays, the votes were not counted until Tuesday.

The final tally was 1098 to get out of the union, 198 to stay in. 635 votes were challenged and have not been counted-- 18 were declared ineligible.

"I think it sends a real clear message to the ALRB that there is a strong desire by the workers not to be represented," said Patterson.

But the question remains, is the vote more than just a message. The UFW argued the vote was conducted illegally, that Gerawan used undue influence and incentives to rig the vote. The State's Agricultural Labor Relations Board agreed. They refused to count the ballots. But Gerawan went to the State Court of Appeals in Fresno, which ruled the ballots should be counted, and the results should be considered by the board. The state Supreme Court refused to review the case, letting the appeals court ruling stand.

But despite the overwhelming number of votes against union representation Andrew Elenes a UFW leader maintains the vote that leads to the count is still illegal.

"This is a mockery of the democratic process because the fact is Gerawan Farming has been found guilty repeatedly of violating the law, before the election to obtain this election."

Gerawan Farming is pleased with the result, but their attorney, Ron Barsmian, acknowledges their fight with the UFW is not over.

"It's not, but it's a whole lot further down the road than it was."

The results of the vote must be certified and then the case goes back before the Agricultural Relations Board, where they will reconsider their ruling on the decertification vote. Whatever they decide, more court appeals can follow.
Report a correction or typo
Copyright © 2021 KFSN-TV. All Rights Reserved.
More Videos
From CNN Newsource affiliates
TOP STORIES