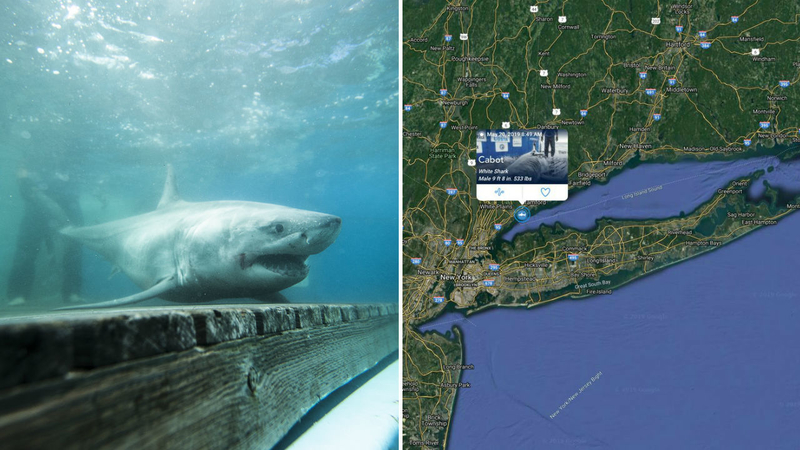 AMITYVILLE, Long Island -- For the first time ever, one group of researchers is tracking a Great White Shark in the Long Island Sound.

OCEARCH says the shark, named Cabot, was located less than a mile off the shore from Greenwich just before 9 a.m. on Monday.

Cabot measures at 9 feet, 8 inches and weighs about 530 pounds.

I heard sending a ping from the Long Island Sound had never been done before by a white shark...so naturally I had to visit and send one off.

Hello Greenwich how are you today?! pic.twitter.com/ijO9NpdiNr

Fischer says it's not unheard of for great whites to be in the sound, but "We were quite surprised to see this one so far to the west." He says the shark is probably after bait fish.

Great whites have a predictable migratory pattern, and can move 100 to 150 miles per day, and he expects Cabot to exit the sound and continue north.

As the waters warm, great white sharks in the northwestern Atlantic Ocean are heading north in search of food and cooler conditions, their movements transmitted in real time to an interactive map maintained by shark research and conservation organization OCEARCH. For years now, scientists working with OCEARCH have caught more than 400 wild sharks and other animals, affixed transmitters to their bodies and released them back into the wild.
When the tagged animals approach the surface, the transmitter relays their location and other information back to scientists, helping researchers track the sharks' movements over an extended period of time. That data paints a clear picture of shark migration patterns, helping to better inform conservation efforts and other initiatives. 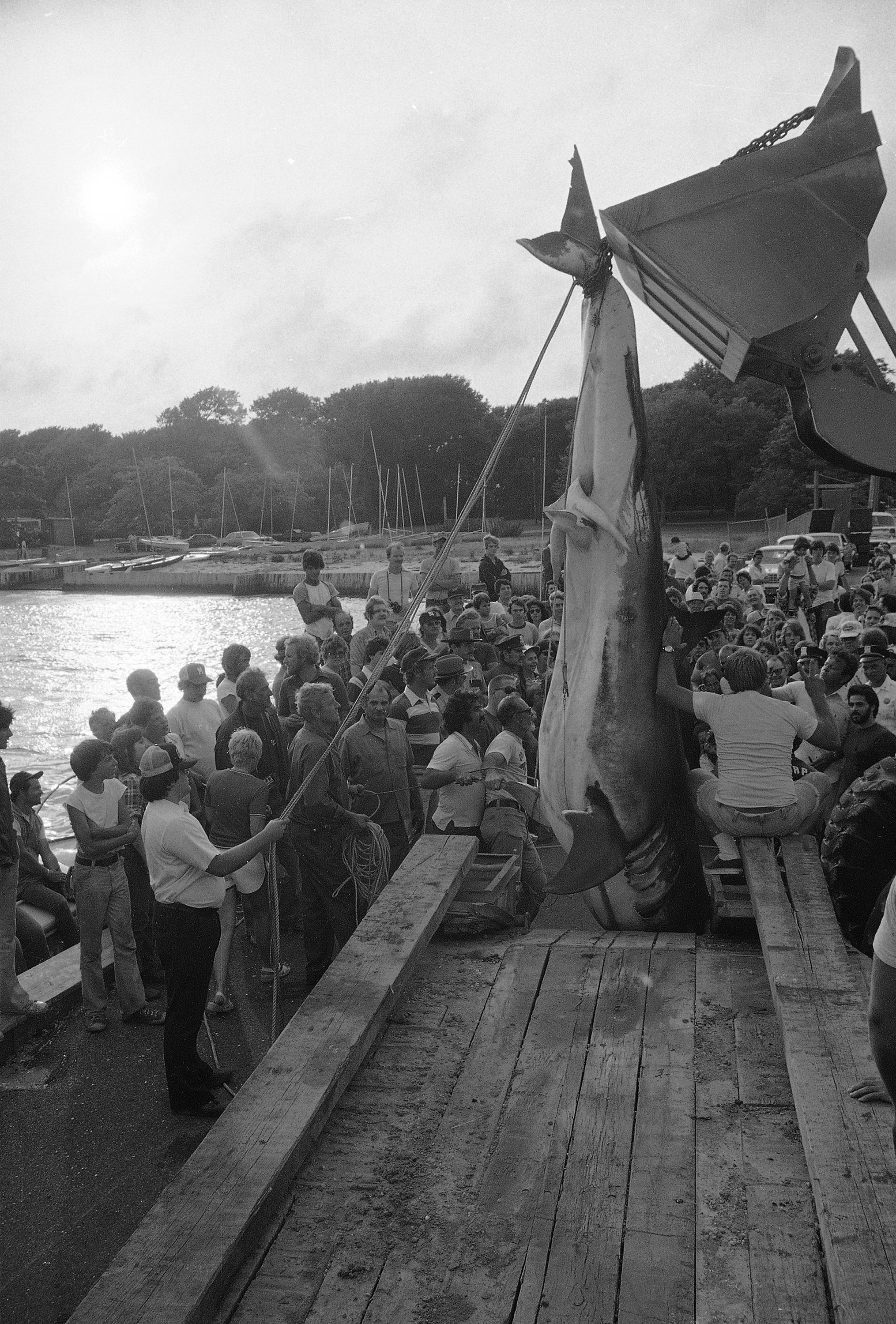 Other researchers in Connecticut are also keeping an eye on Cabot.

"He's on his way up to Cape Cod, that would be my best guess, there's a pretty big seal population up there, again up in Maine," said Dr. David Hudson of the Maritime Aquarium in Norwalk.

Everyone there is excited about Cabot, who was tagged by scientists and tracked to the Sound in recent days. Dr. Hudson says Cabot is probably doing pretty well in the area.

"Their number one food source would be seals," he said. "The aquarists at the Maritime Aquarium have actually been responding to seal calls all winter and they're still in the area so he could be feeding on seals."

The fact that there are seals is a good sign that the water in the Long Island Sound is cleaning up. There have also been whale sightings there three years in a row and a certain turtle that hasn't been seen in years is back.

"It means there's a food source for them, which tells us a little bit more about how the Sound is recovering," said Dr. Hudson.

He says the Great White Shark doesn't pose a threat to humans, unless they get too close.

A giant 13-foot Great White shark is lifted by an earthmover for a crowd of hundreds to see, June 29, 1979, after the giant shark was brought to the local marina in Center Moriches, N.Y., caught after a 14 1/2 hour struggle, was landed in the Atlantic Ocean off Long Island.