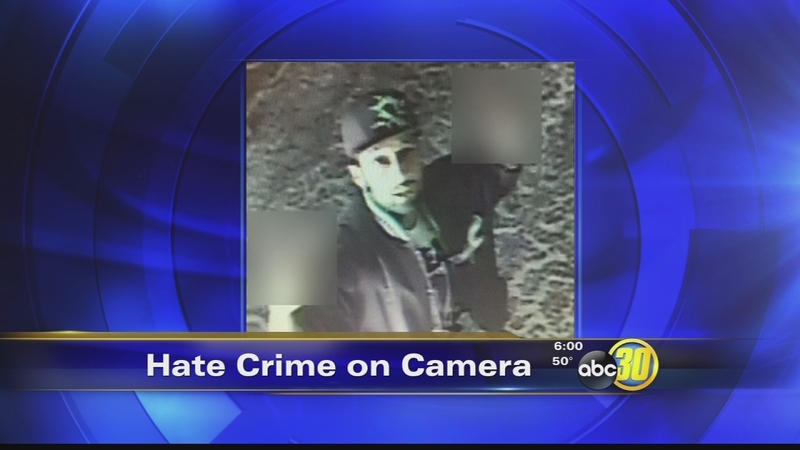 FRESNO, Calif. (KFSN) -- Police now have a suspect in custody after a cultural center promoting peace, is the victim of hate.

Fresno Police Chief Jerry Dyer says it is clear the incident is a hate crime which is why the FBI is also investigating this case. The suspect went to the center twice Thursday morning, and the second time he dumped a bottle of bleach on the American flag.

Seven doors and windows around the Islamic Cultural Center of Fresno are broken. Dyer says river rocks were tossed through them at 10 a.m. Christmas morning. Surveillance video shows the suspect pulling up in what appears to be a Toyota Prius and shattering the windows. Then he went inside.

Chief Jerry Dyer says the suspect was slow and methodical. The video shows him even taking a few Capri Sun juices and a water and drinking it during the crime spree. Officers say at one point, the suspect saw one of the cameras and made some gestures.

It's unclear why the alarm never went off. Managers at the cultural center say it was set, but the motion sensors may not have been on. Police say the suspect spent 15 minutes inside the center vandalizing things, then left and returned a few hours later with a bottle of bleach and a mission.

Leaders at the center say they are not going to let this crime get them down, and they are working with police to catch the bold suspect.