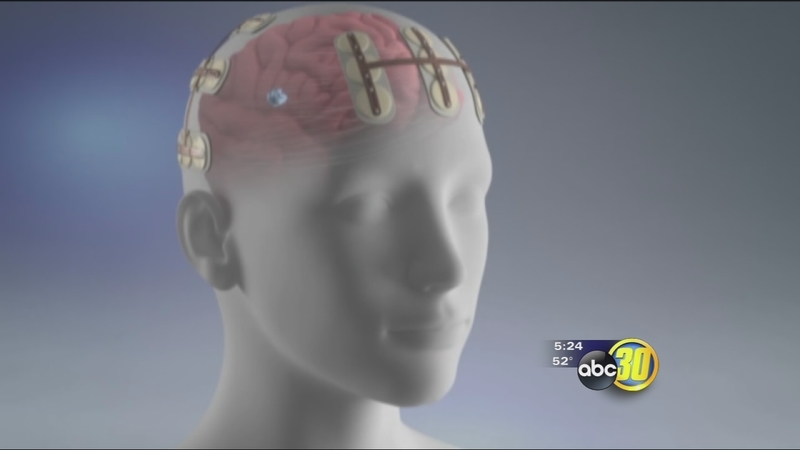 FRESNO, Calif. (KFSN) -- Glioblastoma is the most common brain tumor in adults, representing about 17 percent of all cases, and it is very aggressive. Now, there is technology to fight it and new hope where there wasn't much before.

The Optune device delivers low-intensity alternating electric fields to Zavier Delarosa's brain. He told Ivanhoe, "I feel like this is actually a good thing for me."

The procedure is disrupting cell division and killing cancer cells.

Delarosa explained his tattoos, "This rose, it's for my dad, and this one's for my little sister. Both who passed away from the same type of cancer I have."

At 20, Delarosa is young to have glioblastoma. But while science investigates the cause, the family endures. He said, "I would like to beat this for them, since they couldn't."

After surgery, radiation and chemotherapy, Delarosa takes the drug temozolomide and plugs into the device for 18 hours a day. Studies show that Optune can increase the survival rate. Two years is considered a good outcome.

Ekokobe Fonkem, D.O., Oncologist at Scott and White Memorial Hospital in Temple, Texas stated, "I knew there was something special about him. He's been very dedicated to his treatment."

Optune by Novocure sends electric waves into the brain in a perpendicular pattern, which confuses cancer cells, prevents them from duplicating and ultimately kills them.

Optune by Novocure is now available at more than 200 cancer centers throughout the United States. The only side effect reported so far is that it can cause irritation in the head which can be treated with topical steroids.
Related topics:
health & fitnesshealth watch
Copyright © 2021 KFSN-TV. All Rights Reserved.
HEALTH WATCH