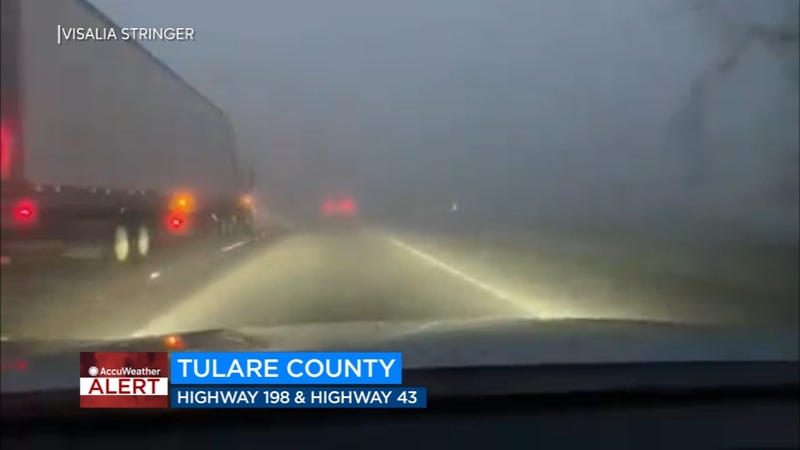 HANFORD, Calif. (KFSN) -- The eastbound lanes of State Route 198 between Hanford and Visalia have reopened after multiple crashes caused by the fog forced a closure Friday morning.

The highway closed east of Highway 43 for a couple of hours.

The California Highway Patrol said at least seven crashes had occurred, including one involving ten cars.

One crash resulted in moderate injuries and no one was injured in the other six crashes, officials said. No further information was immediately available. Officials say there was dense fog in the area.

RELATED: Know the Road with the CHP: How can I stay safe in the fog?