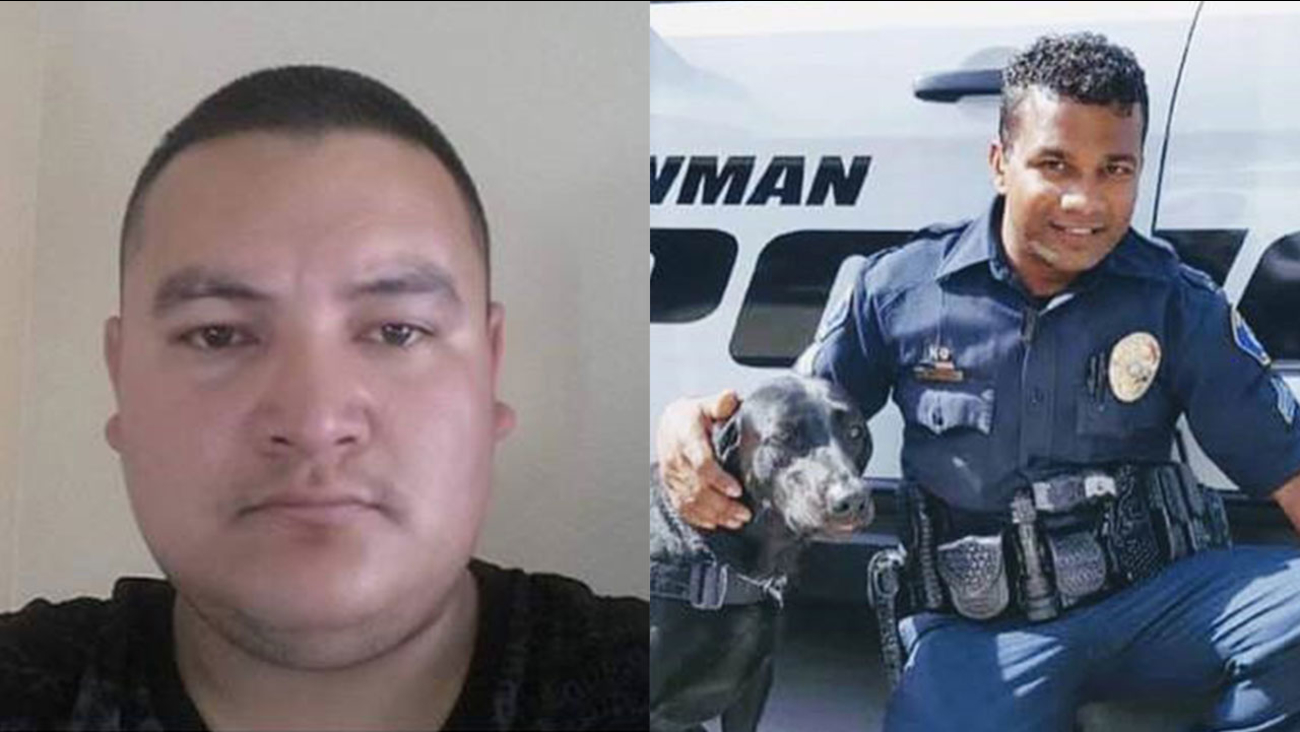 Gustavo Perez Arriaga (left) has been arrested and is accused of killing Cpl. Ronil "Ron" Singh (right) on Wednesday in the small Stanislaus County town of Newman, Calif.

Federal immigration authorities confirmed they had no contact with a Mexican national suspected of fatally shooting a Northern California police officer until the man's arrest last week.

The U.S. Immigration and Customs Enforcement emailed a statement to the San Francisco Chronicle on Sunday saying the agency has put immigration detainers on Gustavo Perez Arriaga and his alleged accomplices.

Arriaga, who was in the country illegally and had previous arrests, was arrested Friday on suspicion of the killing of Newman police Cpl. Ronil Singh.

The officer's death is fueling a national debate over California's sanctuary policies. President Trump seized on the case in a call for tougher border security.

Singh was a 33-year-old husband and father of a 5-month-old boy. Viewing and funeral services are set for Friday and Saturday.