2 countries welcome travelers with COVID 'immunity passports' despite WHO guidance 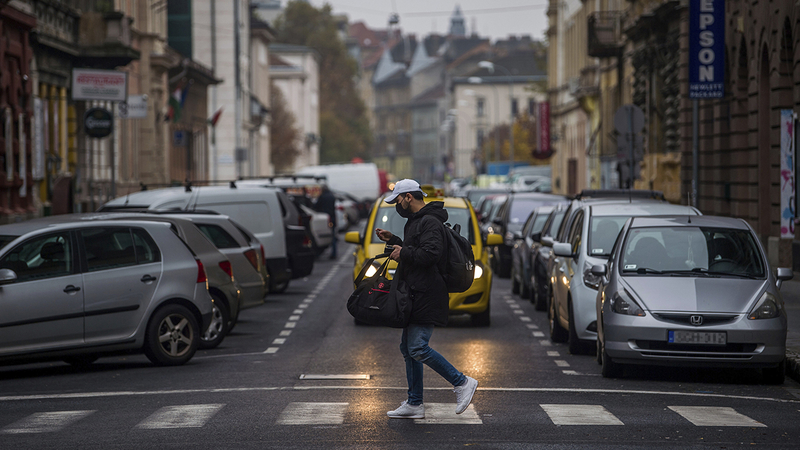 BUDAPEST -- With miles of barbed wire and electric fencing along its border and open government hostility to migrants, Hungary's borders aren't always the friendliest place for foreigners.

That's during normal times. Amid the pandemic, Hungary has shut its doors to almost everyone, even its European neighbors.

It's not the place you'd expect to find such a novel exception to otherwise tough entry rules.

The policy, which came into force in early September, opens the door to visitors who can provide evidence that they've recovered from COVID-19 -- proof of both a positive and negative test in the past six months.

Iceland has plans for a similar policy beginning next week -- and it already gives citizens who have previously been infected permission to ignore the nationwide mask mandate.

Experts call these types of policies a kind of "immunity passport." But does beating the virus actually give you immunity? The evidence so far suggests that for most people, it does.

"It's certainly theoretically possible that some people even who have antibodies may not be protected," Dr. Ania Wajnberg tells CNN outside her lab at Mount Sinai Hospital's Icahn School of Medicine in New York.

"But I think the majority of people that test positive for antibodies will be protected for some time."

Wajnberg is leading a massive study of more than 30,000 people who had mild to moderate cases of COVID-19. Her latest research published in October found that more than 90% of people have enough antibodies to kill the virus for many months after infection, perhaps longer.

So the risk that someone entering Hungary under this policy could get re-infected, or infect others, is low, she says. Though the science hasn't entirely been settled on how long immunity does last for, there have only been a handful of documented cases of reinfection.

"This may be a reasonable way to begin to reopen society and allow for travel and business," she says.

Iceland's chief epidemiologist Thorolfur Gudnason has reached the same conclusion based on his country's own data, and studies from abroad.

"I think it's pretty safe. I mean, everything that we do has uncertainties with it. Nothing is 100%," he told CNN.

The testing and quarantine exemption at the border begins December 10. The North Atlantic tourist magnet will accept documented proof of a positive polymerase chain reaction (PCR) test that is at least 14 days old, or enzyme-linked immunosorbent assay (ELISA) test that measures antibody levels -- provided it's issued by an approved European lab.

Thorolfur says Icelanders who have beat the virus are also exempt from the nationwide mask mandate with a letter from their doctor -- though he says most people wear them anyways because of social stigma. He's never heard of anyone intentionally getting infected, especially with a vaccine coming soon.

"That is possible. But on the other hand, I think it's also unfair to people who have had the infection. Why should they not be allowed to travel freely?" he said. "I think it's a question of justice, basically. If you have the medical condition that you are not spreading or having the virus, you're not a risk to the environment, then you should be sort of recognized for that."

CNN's Sanjay Gupta helps separate fact from fiction when it comes to a possible COVID-19 vaccine.

Iceland is also in talks with the other Nordic countries -- Sweden, Denmark, Finland and Norway -- so that people with that exemption can travel freely without restrictions. Though Thorolfur says the talks haven't gone far -- and he doesn't expect any other countries to follow Iceland's lead.

The central European country has had virtually nothing to say about the success or failure of its unique exemption, what science it's based on, and how it weighed the pros and cons.

The Hungarian government declined interview requests and sent only a statement describing the policy itself. Many of the experts approached by CNN were unaware it was in place. It hasn't been widely discussed even inside Hungary.

The World Health Organization (WHO) advised against immunity passports in April. "There is currently no evidence that people who have recovered from COVID-19 and have antibodies are protected from a second infection," read its scientific brief.

On Thursday, the WHO confirmed it has not changed its position, but, Regional Advisor Dr. Siddhartha Sankar Datta said it was looking to help countries implement electronic vaccination certificates. Other experts have also raised concerns about immunity passports.

"I think the worst-case scenario is that you see a spike in cases that happens because people are incentivized to try to get COVID to demonstrate immunity," Carmel Shachar, a Harvard University bioethics and health law expert, tells CNN.

"So, all of a sudden, you'd see people not wearing masks, not respecting social distancing, because they want to get COVID. Especially if more and more countries adopted a similar scheme."

It's unclear if anyone has actually become infected on purpose in order to enter Hungary, but University of Oxford ethicist Rebecca Brown finds it hard to believe.

"It would be quite an extreme thing to do. And I think, in all likelihood, the vast majority of people wouldn't," she says, explaining that COVID-19 can come with long-term effects even in some young, healthy people.

The coronavirus vaccine developed by American drugmaker Pfizer and Germany's BioNTech has landed and was being transported in super-cold containers to hospitals across the U.K.

"The more information that you require to be put out there the more normalized it is to intrude on people's privacy," she argues.

Harvard bioethicist Natalie Kofler is blunt in her opposition to immunity passports. "It's a bad idea," she says.

Oxford's Brown wrote a paper examining the pros and cons of immunity passports, that ultimately argues that the potential benefits outweigh the drawbacks.

"Lots of people who are concerned about immunity passports haven't really made many suggestions about how we might resolve the difficulties and they don't look insurmountable. It looks like there are ways that we can address the kinds of problems that could arise," she says.

Immunity passports may come back into fashion once there is a vaccine. The International Air Transport Association, which represents hundreds of airlines, is pushing for a secure, digital "travel pass" for passengers to show proof they've been vaccinated, once a shot is available.

The CEO of the Australian airline Qantas, Alan Joyce, has already suggested that in the future, passengers will have to prove they've been vaccinated in order to board.

Brown argues that those who have recovered from the virus should be treated the same as those who have had the vaccine. Even skeptical Shachar is cautiously open to the idea.

"There's actually a positive benefit to treating them the same. We don't want to waste vaccine dosages, it'll be a while before we have enough vaccines for absolutely every human on the planet," she says.

Asked if those who have recovered from the virus should be placed at the back of the vaccine line Wajnberg says it's a good idea in theory. In practice, she says it would require the same accurate, high-quality ELISA tests she uses in her lab, to be rolled out on a massive scale.