Many people in Sonoma County are returning home after being evacuated for the Kincade Fire, but the fight to put it out is far from over.

SONOMA COUNTY, Calif. -- The Kincade Fire has burned 77,758 acres and is now 70 percent contained. There are 360 structures that have been destroyed, 174 of those are homes. More than 1,600 structures remain threatened.

Lagunitas Brewing Company is raising money for Kincade fire victims. Over the next month it will offer a rotating selection of beer at its Petaluma taproom. Part of proceeds will go to its "Beer for a Cause" program. On Thursday November 14 they'll hold a fundraiser at the taproom. All proceeds will go to the Petaluma People Services Center and the Human Society of Sonoma County.

Kim Tyner and Robert Ringrose were among the more than 180,000 people evacuated.

Tyner says this experience was much different from two years ago.

"It was less stressful because we knew: 10 a.m. Saturday morning, out by 4 p.m. in the afternoon. And that was well ahead of the fire," explains Tyner.

One reason things were better she says because the fire isn't burning as close as the Tubbs Fire did. But also, due to the notifications they got with specific instructions about what was happening and what to do.

"Our phones were going off like brass drums. I mean, it went off constantly," says Tyner.

Law enforcement also gave people a six hour window to evacuate, which helped with traffic - and anxiety - out on the freeways.

"People were nice. You could only go 30 to 40 miles an hour. But they were all cool. So, it was good, way different than the (Tubbs Fire)," says Ringrose.

Sergeant Juan Valencia with the Sonoma County Sheriff's Department says there were many lessons learned from the Tubbs Fire. For one, alert systems were upgraded. There was also better coordination and communication between local agencies during the Kincade Fire.

"We did have time to somewhat organize, and not create this mass chaos of-- these mass evacuations. And that's what really helped us not have mass casualties in this incident," says Sgt. Valencia.

Sixteen-year-old Conroy Smith says having survived the Tubbs Fire also gave people more confident against the Kincade Fire, and a belief that there town would be safe.

"It seems more organized this time compared to last time when people were really didn't know what to do. They thought, we got to just hope (for the best). This time we came a lot more prepared," says Smith.

FOOD AND FUN IN WAKE OF FIRE

Halloween party organizer Jane Engdahl said, "We had kids in the shelter who were afraid Halloween wasn't going to happen because they weren't going to be home. So we told them it didn't matter we were gonna do it here."

The idea for this event was born just two days ago when companies started calling asking if they could donate large amounts of candy to fire victims.

And so for this night-- everyone can forget about the smoke, the fire, the anxiety, and their loss.

Anthony Dadio, 11, said, "I'm thankful for having this Halloween because of the fire we couldn't have it."

They can instead focus on fun.

Earlier Thursday the community came together once again to give the gift of food to those in need.

Several groups came together, including from Redwood Empire Food Bank, to hand out groceries.

Sonoma County resident Antonio Oliva said, "We don't have food. I'm not working because of the fires."

The line outside Finley Community Center in Santa Rosa stretched down the block as evacuees, those still in the dark, and people simply in need-- got some support.

Evacuee Laurissa said, "This is extremely helpful for people who lost wages and need the help the extra help."

Because after all, today is a new day which could bring new beginnings.

EVACUEES WAIT IT OUT WITH THEIR PETS

Among the thousands of evacuees, many had to rush out of their homes with a few extra family members.

Plenty of the evacuation centers filled up with people and their pets. Some are specifically devoted for large animals.

At the Sonoma County Fairgrounds shelter- hundreds of people have spent the last couple nights sleeping on cots with their dogs, cats, even birds beside them.

For some, this is their first time ever having to spend days in an evacuation center. For others, it's an all-too-recent feeling from the past couple years. 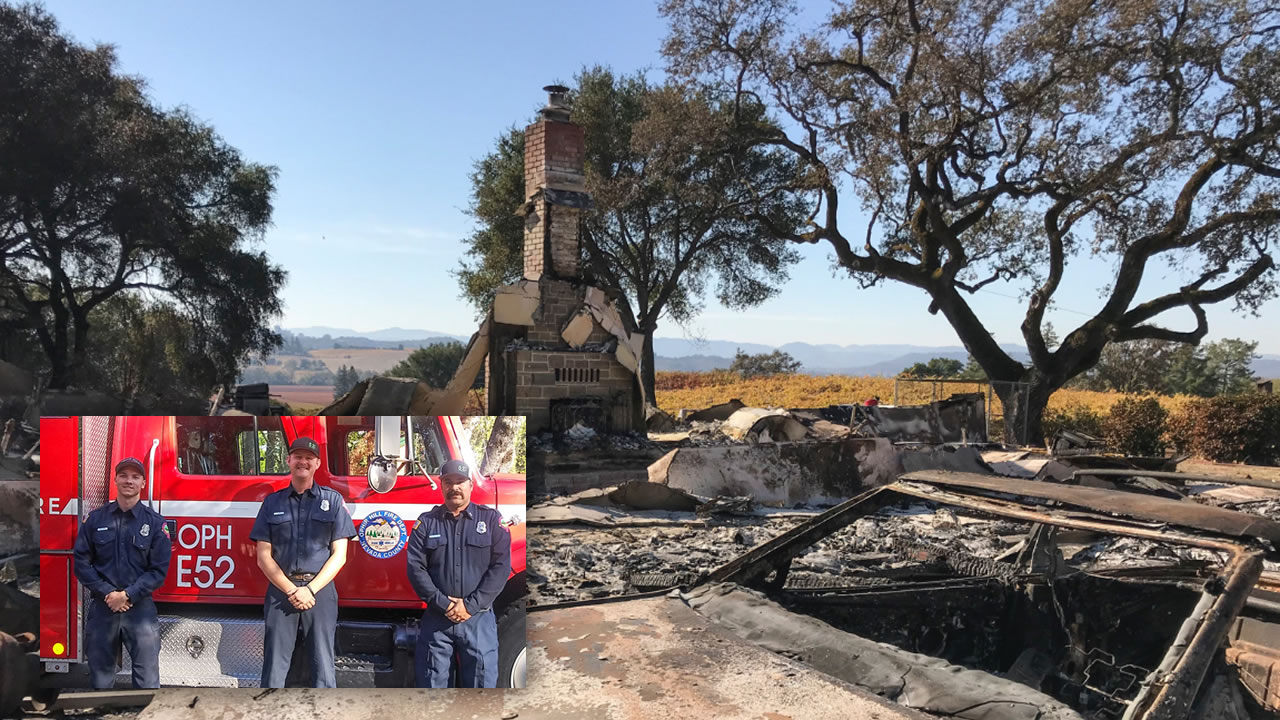 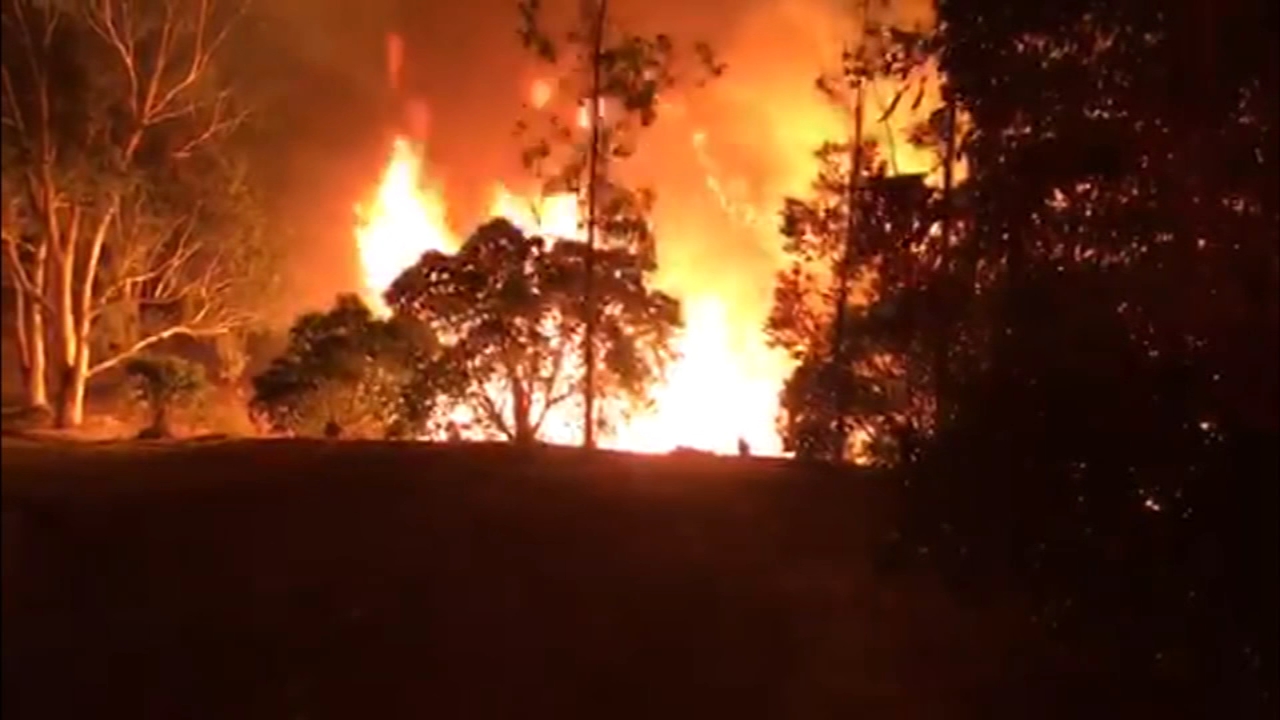