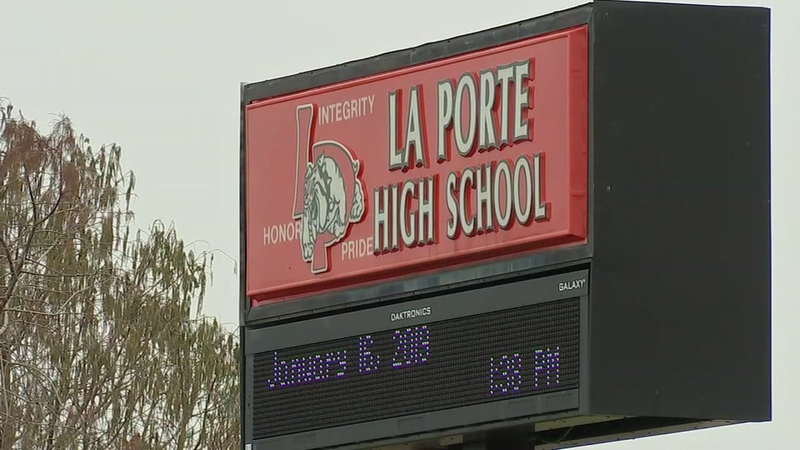 LA PORTE, Texas -- A La Porte High School teacher accused of having pornography on a laptop in his classroom may face misdemeanor charges.

The teacher was removed from campus Tuesday after a student reported seeing pornographic material that was displayed on his laptop.

The Harris County District Attorney's Office declined to accept another charge for "display of harmful material to a minor," police said Wednesday.

Students at the high school are circulating a video from Snapchat which allegedly shows the incident.

"La Porte ISD is investigating allegations that a La Porte High School teacher had pornographic material visible on a personal device located on a desk in his classroom.

The situation was reported to the La Porte High School principal by a student yesterday after school. The district immediately contacted the employee and removed him from the campus pending outcome of the district's inquiry.

La Porte ISD is continuing with its inquiry in full cooperation with the La Porte Police Department's Criminal Investigation Division. The employee will remain on administrative leave with pay until the matter is resolved."