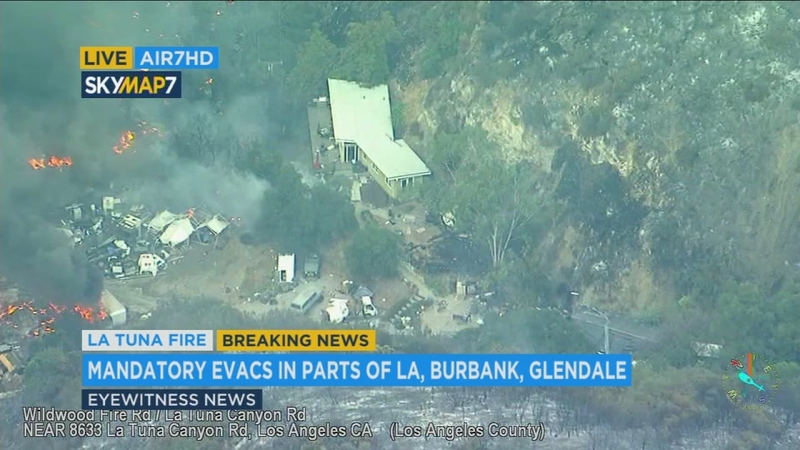 SUN VALLEY, LOS ANGELES (KFSN) -- As flames surrounded his house, a man was seen on La Tuna Canyon Road staying at his home, trying frantically to put out flames and protect his house.

The man was at a property that appeared to have some old cars and debris in the yard, some of which were catching on fire.

He appeared in his yard shirtless, moving items around and at one point using a towel and water bottles to try to put out flames.

It appeared he had declined to evacuate earlier and may have been trapped in his home, which was surrounded by narrow canyon roads.

Firefighters told ABC7 the man was armed and refused to leave his house and didn't want help so the firefighters backed off. He was the only occupant of the house.

There was heavy black smoke seen on his property because of old tires burning, they said.

It's not immediately clear why he didn't want assistance.

Firefighters spotted him, and helicopters made at least five passes over the home, dropping thousands of gallons of water to help slow down the flames.

The home was near the 8600 block of La Tuna Canyon Road.

By 7 p.m. it appeared the flames were under control in his neighborhood and had not seriously damaged the home.