TikTok creator Leo González is using his social media platform to bridge Latinos with everyone else.

HANFORD, Calif. -- At a park in the Central California town of Hanford, California, Leo González is laughing about the skit he's about to record with a friend to post on TikTok.

One of his recent TikToks racked up more than 11 million views and nearly two and half million likes, and that's not a rarity.

The newest TikTok star is a bilingual creator from California's Central Valley who has caught the attention of celebrities like Will Smith, Marshmello and George Lopez and gained more than 1.3 million followers and more than 40 million likes in less than two years.

In one video captioned "When the cashier puts your order on blast," he plays a Mexican restaurant worker calling out someone for their massive order. In another, he plays a quinceañera DJ on the mic trying to get the attention of a girl at the party.

His big break came when impersonated a Univision anchor and reporter.

"I was impersonating a news anchor, and then a reporter on the field, and just the delay," González said, explaining the joke. "I went from 11 followers to 5,000 that day."

Less than two years later, he's mixing it up with producer and DJ Marshmello and his personal hero, George Lopez, to whom González bears a resemblance. That's not the only thing that bonds them.

"Early on, it was a little difficult for me. My dad had moved out and my mom was really sick. The sadness that I had as a kid -- I didn't really have a personality, I didn't really have an identity, and so watching George Lopez made me feel like I could be funny about certain things." González said of his childhood love for "The George Lopez Show."

"It was this guy who had a mom who was interesting on the show. She was a little messy, and then he had no dad at home. So when I saw the show, I saw this guy who was telling his actual life story in a sitcom," he said.

González's TikTok fame would lead to mentorship and friendship with Lopez after they recorded a TikTok together. González was able to tell Lopez face to face how much Lopez meant to him.

"TikTok gave me an opportunity to sit with just him. It's really cool because he was a mentor without knowing it, and then now he's really personally doing it, which is out of body," González said.

González said he wants to pay it forward and inspire the next generation. He's moved to Los Angeles to pursue his career.

González hopes his comedy can help bring people together because he thinks there's a lot of healing in laughter.

"I just hope that we can laugh together. And then after we're done laughing, maybe we can stick around and talk about what we're scared of and talk about what worries us because then I think the laughter gets even better when you clear things," he said. "And when you laugh, while healing or healed, I think it's a better laugh."

From actors to activists, people share stories of celebrating their heritage, expressing their identity as Latino, Latinx, or Hispanic, and representing and embracing their diverse cultures. Celebrate Hispanic Heritage Month with "Our America: Todos Unidos" on ABC Owned Television Stations streaming apps and Hulu. 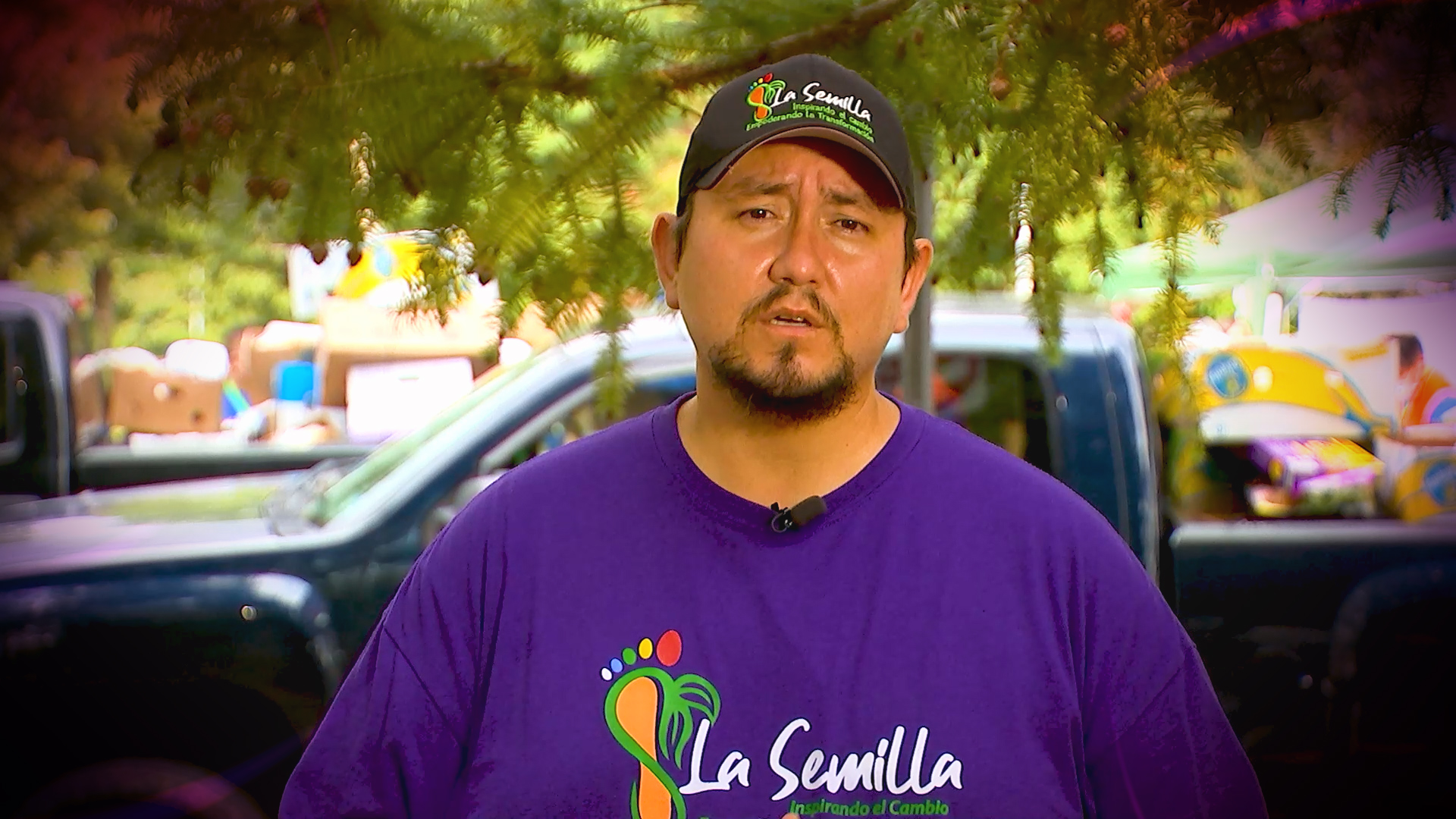