It happened after 1:30 am at the Les Schwab tire shop Kings Canyon Road and Argyle.
KFSN 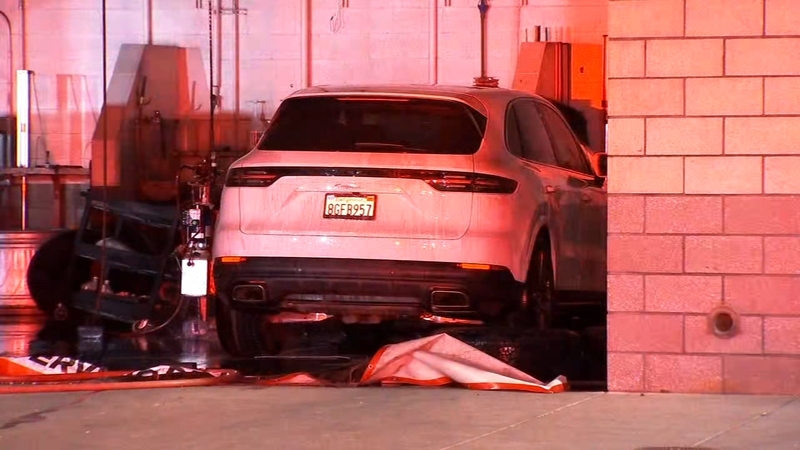 It happened after 1:30 am at the Les Schwab tire shop Kings Canyon Road and Argyle.

Firefighters received an alarm from the building's sprinkler system.

When crews arrived, they found one of the rollup doors partially open and a burning vehicle inside.

"They arrived on scene and finding the doors open like that the fire would be suspicious, so we're going do a thorough investigation. When I first arrived, the captain didn't notice anyone immediately in the vicinity of the fire," said Fire Battalion Chief Sean Johnson.

Investigators say one car was engulfed in flames. There were burning materials underneath several other vehicles inside the building.

Officials have not released any information about a possible suspect.