Postal worker accused of pleasuring himself in woman's bathroom 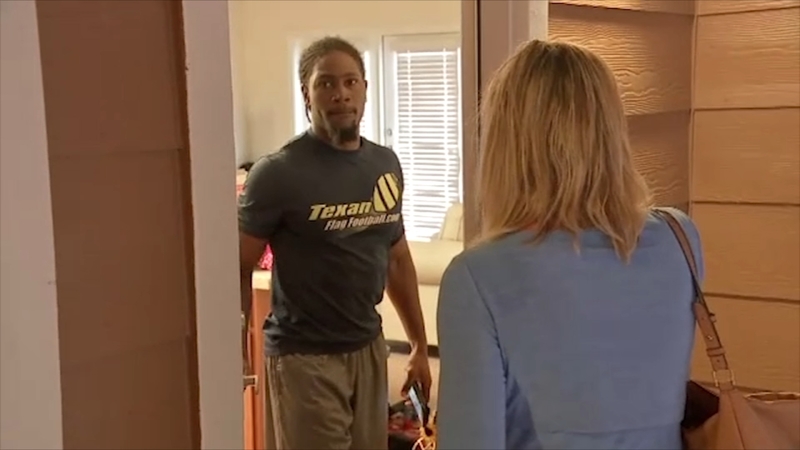 Mailman accused of pleasuring himself inside woman's home

PASADENA, Texas -- A postal worker is accused of pleasuring himself in front of a woman in Pasadena.

This is so disturbing. Mail carrier Byron Milton is accused of pleasuring himself in front of a woman, while in uniform. Hear from the victim at 4:55 and 6 on @abc13houston pic.twitter.com/DNev4NAghl

"His job allowed him to prey on people and women that he knew lived alone," said victim Triche Thomas.

Thomas says the incident happened back in February when Milton delivered two packages to her home. She told him she was going out of town and asked him to hold her packages for a few days.

After she returned, Thomas says Milton stopped by her home, while in uniform, and asked to use her restroom.

She says he was in the restroom for a while, so she went to ask him what was going on, Thomas said Milton walked out of the restroom with his pants down.

She told ABC13 Eyewitness News that she asked him to go back into the restroom, pull up his pants and leave, but he refused. Instead, he stayed in the restroom.

"He still didn't come out. I said, 'What are you doing?' He said, 'Come see.' And I went into the hallway," Thomas said.

When she went back to look inside of the restroom, she said she saw Milton pleasuring himself.

"This man invaded my home and came in here and did this egregious, flagrant crap," Thomas said.

When he finally left, she said he looked ashamed.

Court records say Milton admitted to the act and said he used his "position as a mail carrier to meet Thomas."

Thomas says she's been a victim of an inappropriate act before and wasn't going to let it happen again.

"I didn't say anything before, but those days are over. I have girls, I have children. People need to know that you have somewhere to go, you have a voice. Stand up and say some. I got justice," Thomas said.