KFSN
By Brian Johnson
VISALIA, Calif. (KFSN) -- Investigators at the Visalia Police Department have long believed that whoever burglarized 100 homes in the mid-1970's was also responsible for shooting and killing College of the Sequoias journalism professor Claude Snelling in September of 1975.

Deangelo has already been charged with other murders and is in custody in Sacramento County.

Joseph James DeAngelo is being charged with first degree murder.

"We are confident through the information obtained from victims and witnesses, through thorough examination of specific modus operandi in these cases, through the development of physical evidence, and by linking a firearm stolen from the ransacker burglary that was used in the Claude Snelling murder, that Joseph DeAngelo is the man responsible for these crimes," Salazar said.

DeAngelo was a police officer with the city of Exeter at the time of the crimes.

"He is not representative of the great men and women of law enforcement that serve our communities every day and certainly those that have brought him to justice," Salazar added.

While there is physical evidence in the cases, Salazar said they don't have any DNA.

CHARGES FILED: You can now see the murder case against accused Golden State Killer and former Exeter PD officer Joseph DeAngelo on @TulareCourt 's website. The latest from @Visaliapd and @TulareDA on @ABC30 at 5 and 6:30. pic.twitter.com/0lsXzuffhi

"To think that the crimes that now we see from the charges filed across the state, may have originated in our quaint, quiet, wonderful little town-it's quite startling," Ward said. "But with this filing, we have officially linked the Visalia Ransacker to be the same individual that is known as the East Area Rapist, and tragically, the Golden State Killer."

On September 11th, 1975, Claude Snelling was shot and killed by an intruder trying to kidnap his teenage daughter.

He hopes this break in the case is the first step towards justice and closure-for Snelling's family, and the entire Visalia community.

Ward says it's not clear yet where and when DeAngelo will be arraigned for the Snelling murder charge. 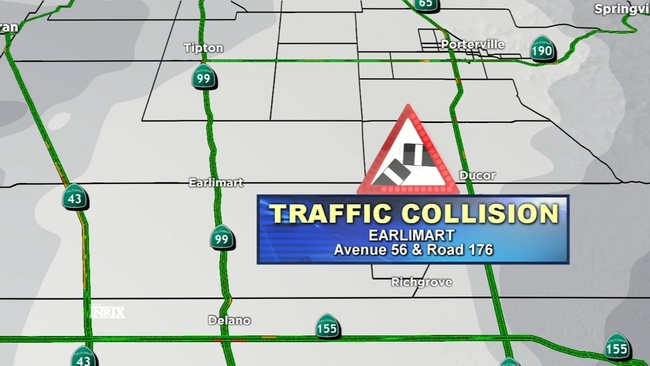