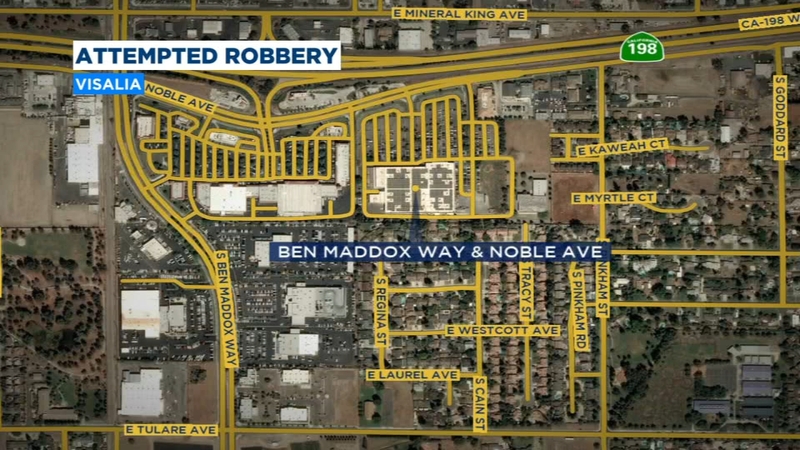 FRESNO, Calif. (KFSN) -- Visalia Police say a man resisted arrest after officers were called for an attempted robbery outside of a Walmart Saturday night.

Officials say 23-year-old Andre Rhodes was "aggressively" walked up to customers outside of the store on East Noble Avenue and tried to take a person's cell phone when they called 911.

Rhodes resisted officers but was eventually taken into custody. No one was injured.