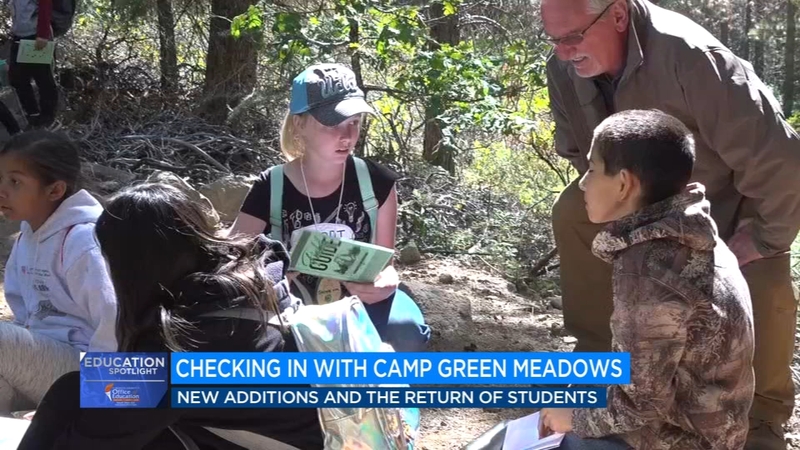 In less than a month, North Valley kids will make their return to Camp Green Meadows.

Landon Burke spoke with the principal of the outdoor school, Bob Bassett, who explained some of the new additions to the campgrounds and how your child can make a visit.

Landon: So Bob, first of all, what's new at Camp Green Meadows?

Bob Bassett: Yeah, first of all, thank you. It's been a while since we've talked, and I appreciate the opportunity to talk to you again. We have been doing construction on campus, and a new nurses building is almost complete. It's quite an improvement to the campus for sure. The last building was almost 60 years old that was there.

Landon: So it's been a while since you guys have had a new addition. Obviously, with all the exploring and adventuring you guys are doing, it's good to have that to make sure that the nurses have an HQ to run out of, right?

Bob: Well, it's actually more than that, Landon. It's got a couple of indoor classroom spaces so we can get kids in and out of the weather when we need to. We try to do as much as we can outdoors here. Even when it's snowing. We try to give kids that experience because most of them have never been out in the snow before. But it's also nice to have those warm indoor places to get kids in and out of that weather when that weather gets a little cold. We're looking to start day programs in the middle of November. We have had several overnight programs planned for November, but we've kind of moved that back a little bit. So we're going to make some day trips, and then we're going to start overnight programs with kids in starting in the middle of January. We're hoping to have three-day programs back and get back on campus starting, slowly working back, but we have a full program a full schedule from January through the end of May.

Bob: So what we wanted to do, is we wanted to make sure that even though kids couldn't come to Camp Green Meadows, that they still got to experience some of what we have to offer. This is a multi-generational experience that kids from Merced and surrounding counties get to participate in. So what we tried to do was we tried to make kids feel like they're outside, get them out here even though they would they couldn't. We created videos that were here on campus. We sang the songs. We did the classes. We tried to give as much of that camp green meadows to kids as we possibly could. We also expanded those lessons with some of what the internet has to offer. Really made a strong science curriculum that included Camp Green Meadows as part of that process.

Landon: So Bob, before we close here, what do you want the folks at home watching this to know about Camp Green Meadows?