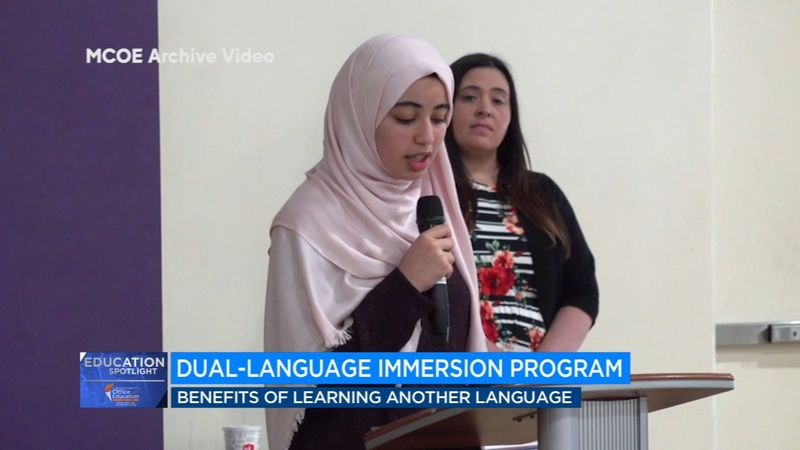 Landon: Isabel, can we start with you? Could you tell me a little bit about the immersion program that you have in your district?

Landon: That's awesome and so cool to see how that program has grown over the years. Now, Stacie, what can you tell me about this Seal by Literacy?

Stacie Arancibia: So the Seal by Literacy has been in Merced County since about 2012. We work with the school districts like Hilmar and the many others in Merced County to recognize students for their multilingual proficiency in English and at least one other language. So we have a lot of students in Portuguese and Spanish, Hmong Punjabi. We also have a few this year from Farsi and Japan.

Isabel: I think the benefits most importantly are cultural awareness and acceptance. So I think when you learn about another language, you learn about another culture. You learn about people that maybe have customs that are different from yours, and I think that brings up a real acceptance into looking at other people, other cultures in a positive perspective. I think that is actually the number one reason. The number two, obviously, is that you've added a language, and a language can be added to any occupation. It's a positive regardless of what you decide you want to do with your life. Language is always an attitude. So I think that is huge for students, and there's an economic benefit. The fact that if you go into a job and you can say, if you speak more than one language, you all of a sudden have a little edge on others and that's once again that does not matter what career or what occupation you go into.
Report a correction or typo
Related topics:
educationmerced countyeducationmcoe education spotlight
Sponsored Content
Copyright © 2021 KFSN-TV. All Rights Reserved.
MCOE EDUCATION SPOTLIGHT
Education Spotlight: Giving thanks amid a school year like no other
SPONSORED: Education Spotlight: What events are ahead for MCOE
SPONSORED: Education Spotlight: Migrant Ed Program helps students, families
SPONSORED: Education Spotlight: Camp Green Meadows ready to reopen to kids