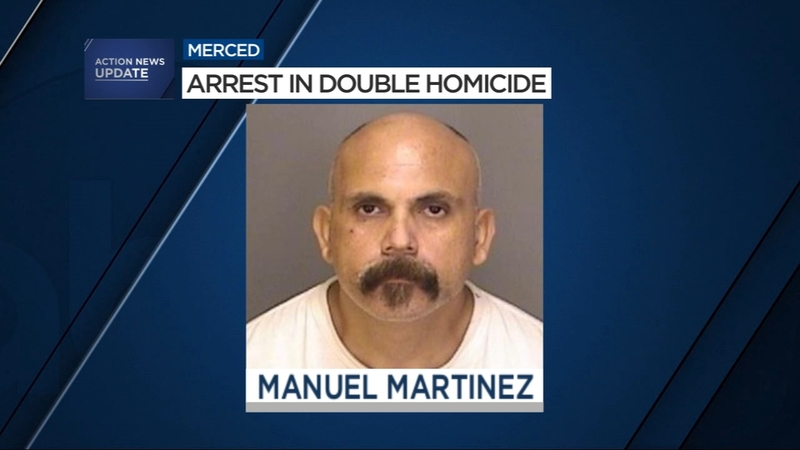 MERCED, Calif. (KFSN) -- Merced police have a man in custody for the shooting deaths of two men last year.

In November, detectives followed up on a lead and confirmed 47-year-old Manuel Martinez as a possible suspect in the crime last December.

After tracking him down and questioning him, Martinez admitted to being part of the murder of 37-year-old Jeffrey Crawford and 32-year-old Armando Partida-Sanchez.

Both victims were found suffering from gunshot wounds near Glen and Santa Fe and pronounced dead at the scene.

They are also looking for 37-year-old Anthony Perez as another possible suspect.