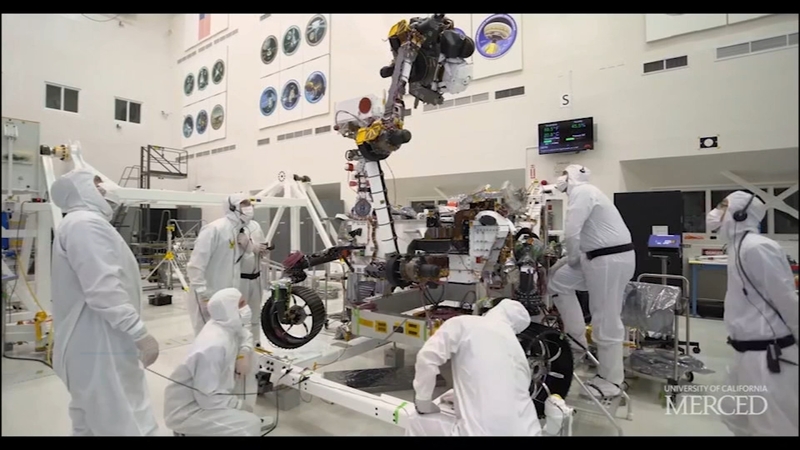 MERCED Calif. (KFSN) -- The Perseverance Rover has made it to Mars - and the path to the mission's success leads right back to a team of North Valley engineers.

UC Merced Mechanical Engineering grad student, Azhar Vellore helped test dry film lubricant from rover's Adaptive Caching Assembly, which are the arms and devices used to collect martian soil as scientists attempt to determine if there was ever life on the red planet.

Martini said they were approached by a UC Merced alumni that now works with the Jet Propulsion Laboratory on the Mars 2020 mission.

The Jet Propulsion Lab sent samples made of the same materials found on the rover's component so the team could test wear and determine how long some parts could last.

"NASA's components had high frictions. Using the tests in our lab, we can reduce friction levels, so the components work more efficiently," Vellore said.


Vellore said they ran over 200 tests before sending their results off to NASA ahead of the launch.

"I've always been following NASA news since I was a child. I'm playing a tiny part in this, but it gives me immense satisfaction and pride," Vellore said.

The first few images of the historic mission are making their way to Earth.

Vellore said their role may have been small, but it's part of a mission that could be a big leap for space exploration and the future of mechanical engineering at UC Merced.