The helicopter was conducting routine flight operations when it crashed down into the sea roughly 60 miles of the San Diego coast.
KFSN 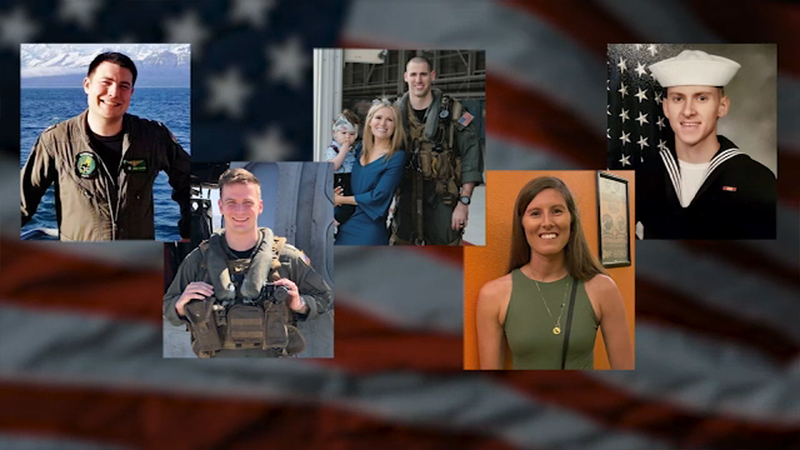 SAN DIEGO, Calif. (KFSN) -- The U.S. Navy has released more details about a helicopter crash that claimed the life of five sailors, including a Central Valley native.

Navy officials said the MH-60S Seahawk was conducting routine flight operations from the USS Abraham Lincoln last Tuesday when it crashed down into the sea roughly 60 miles of the San Diego coast.

The helicopter reportedly touched down on the flight deck and "experienced side-to-side vibrations." It caused the main rotor to strike the deck and the helicopter fell over the side of the aircraft carrier.

The crash summary in a Naval Safety Center document, first reported by the Navy Times, did not include any information on what might have caused the vibrations.

Michael Canders, a retired military helicopter pilot who is the director of the Aviation Center at Farmingdale State College in New York, told the Navy Times that side-to-side vibrations can occur if rotor blades are out of balance.

Several sailors were injured, and five others were declared missing.

After several days of searching for the missing crew, they were presumed dead on Saturday.

The Navy identified all five service members on Sunday, including Lt. Bradley A. Foster, a pilot from Oakhurst.