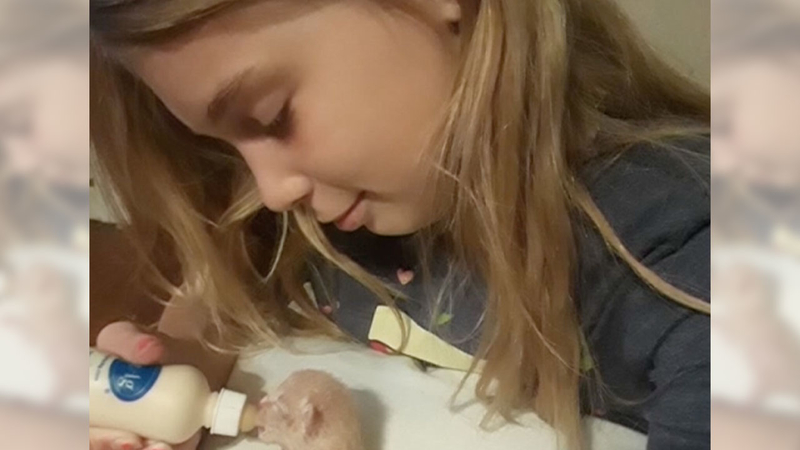 NEW BOSTON, Texas -- Authorities in Texas are investigating the death of 10-year-old Greenlee Marie, whose parents say she was electrocuted while rescuing kittens from behind a clothes dryer.

"She's a beautiful soul. She had more compassion in her at 10 years old than most adults do in their entire lifetime," her mother, Shelby Roos, told KSLA. "She loved her babies and she would do anything for them."

The family said on their GoFundMe page that Greenlee loved animals so much that she wanted to become a vet.

"Her whole life she had enjoyed helping those less fortunate than herself, and had always planned when she was older to become a veterinarian and to help rescue more animals," the family wrote.

Her father, Scott Hendrix, is still trying to make sense of it.

"There is no reason our baby should be gone," he said. "You don't die inside your own house."

Chief Gary McCrary said it's too early to place blame but that police are investigating why the girl was electrocuted.

"Apparently this residence had some electrical issues in the past according to some reports and statements that have been made," McCrary said.

The family has been renting out the house for about 15 months, KSLA reports.

"Landlords need to be held accountable for the conditions of the homes that they let people live in," Roos said. "And all we want is a voice for our daughter that left us over a senseless act."

The family is collecting donations in her honor for local animal rescue efforts.