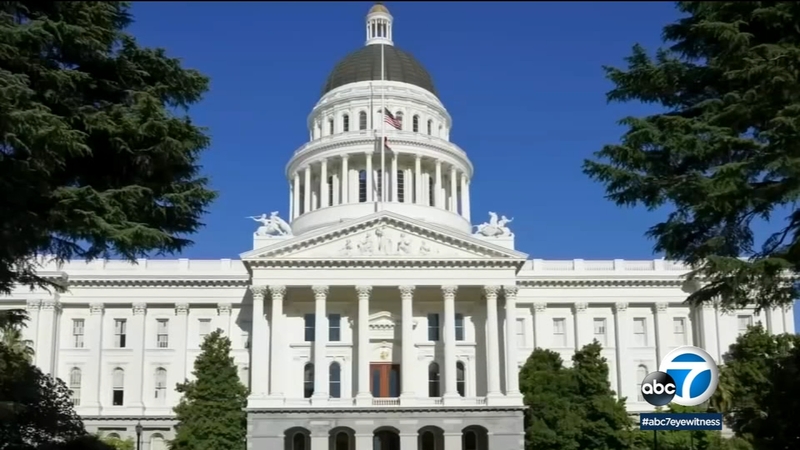 LOS ANGELES -- With the new year comes a new set of laws for California drivers to follow. New laws that were passed in Sacramento this year include a crackdown on vehicle sideshows, lower speed limits to protect pedestrians and granting new authority to tribal vehicles responding to an emergency.

Here are some of the new laws that affect drivers and pedestrians. Most new laws take effect on Jan. 1 in the year after they passed, with some exceptions.

Sideshow crackdown: Under current California law, drivers who participate in illegal street races face penalties that include losing their licenses. But those who participate in sideshows - spinning out in the street in front of an impromptu audience - face only minor consequences.

AB 3 by Assemblyman Vince Fong, R-Bakersfield would put stronger penalties on those who participate in sideshows. Starting July 1, 2025, a court may suspend a person's driver's license for 90 days to six months if that person is convicted of speeding in connection with a sideshow.

"I authored this bill in response to what our local law enforcement officials have conveyed as a troubling and problematic trend in our neighborhoods," Fong said. "We need to increase the penalties for illegal street racing activities to send a message that this activity will not be tolerated."

Traffic Safety: AB43 would authorize local officials to further reduce speed limits beyond the state's current parameters in situations where needed to protect pedestrians and cyclists.

Equestrian Safety Gear: Assembly Bill 974 by Assemblymember Luz Rivas, D-Arleta requires minors to wear a helmet when riding a horse, mule or donkey on a paved highway. It also requires all riders or their horses to wear reflective gear or lights when riding at sundown or later.

Rivas says the bill was suggested by some of her San Fernando Valley constituents following a serious accident involving two people riding horses in Lake View Terrace. In October 2019, she says, a vehicle struck the two horse riders, killing the two animals, and leaving the riders in critical condition. Neither the riders or horses were wearing reflective gear or lights.

"If we can prevent even one injury because of this new law, then our efforts will have been worth it," Rivas said.

As Eyewitness News reported earlier this year, tribes said the state was requiring them to go through a longer process to get permission to operate ambulances than most cities and counties go through. As a result, they had new equipment that was purchased but sitting around unused as they went through the state bureaucratic process. And that meant relying on private ambulance companies responding to emergencies from outside tribal land, increasing response time. This bill puts tribes in line with the requirements for cities and counties to operate their own ambulances.

A new state law should make it easier for tribes to operate ambulances on their reservations, giving them faster response times to emergencies.

License points for distracted driving: AB47, which took effect July 1, 2021, puts points on a driver's record for violating the hands-free driving law for a second time within 36 months. That law is meant to prevent talking or texting while driving, unless using a hands-free device.