Arrests made in CHP vehicle attack that was caught on camera 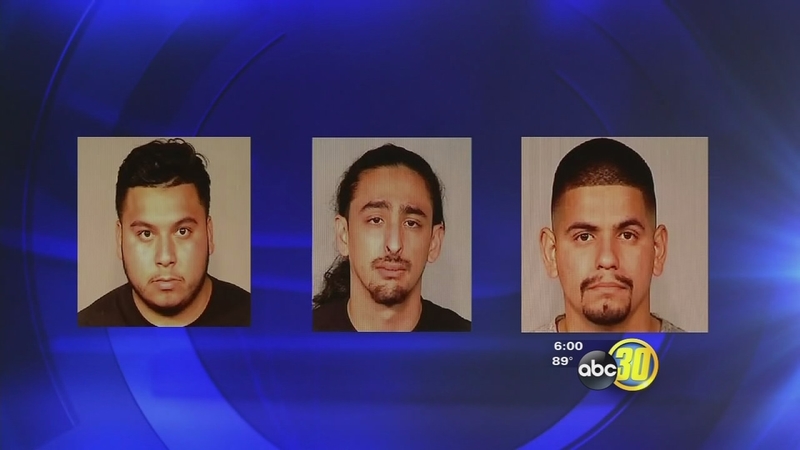 Arrests made in CHP vehicle attack that was caught on camera

FRESNO, Calif. (KFSN) -- Police have announced the arrest of three people who they believe attacked a patrol car, with the officer inside. The attack was captured on video by a witness and spread on social media. On Friday, authorities released the dash cam video recorded inside the car.

The video from the California Highway Patrol car attacked last weekend shows a group of people punching, kicking and even throwing objects at the car while the officer sat in the driver's seat. Eventually, he was able to drive away unharmed.

"The officer is doing fine," Capt. Craig Kunzler with the CHP said. "Obviously, this was a traumatic event for him but he is doing fine and he is back to work and he is okay." 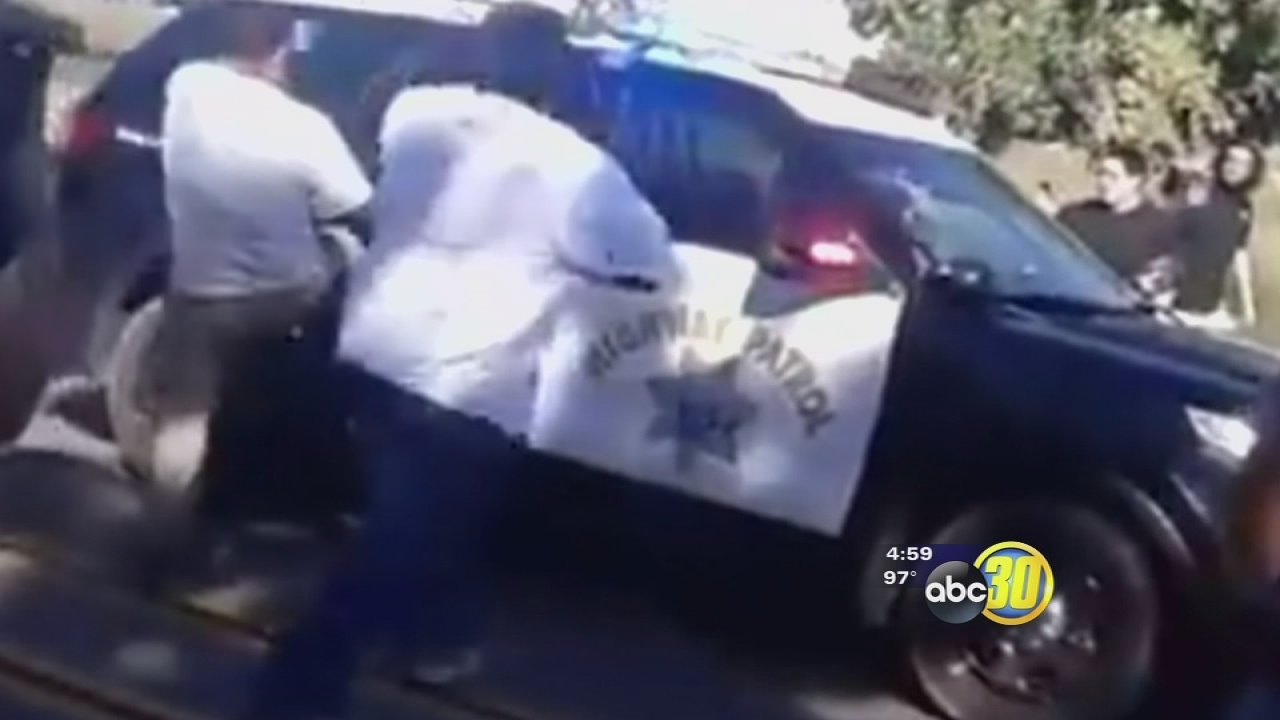 POLICE LOOK FOR SUSPECTS WHO ATTACKED CHP OFFICER IN FRESNO
Fresno Police are still trying to track down the suspects who attacked a CHP officer in his car.

The suspects caused more than $12,000 in damage and now face charges for felony vandalism and inciting a riot. Videos of the attack were spread quickly on social media. Investigators were able to use those videos plus the officer's dash cam video to identify four of the suspects.

Three have been arrested. They are Federico Gonzalez, Gabriel DeAnda and Milton Rodriguez. One of the suspects was identified after his fingerprint was lifted off the car and another told officers during an interview he attacked the vehicle to get back at the CHP.

"He admitted to kicking the CHP vehicle and said he did so because he was upset with the CHP because a CHP officer recently towed his vehicle," Fresno Police Chief Jerry Dyer explained.

Dyer said the suspect then told officers he was proud of the damage he caused. Investigators are still looking for a fourth suspect, identified as 19-year old Guadalupe Gonzales. They're also trying to identify five more people. Some of them could be from the Bay Area.