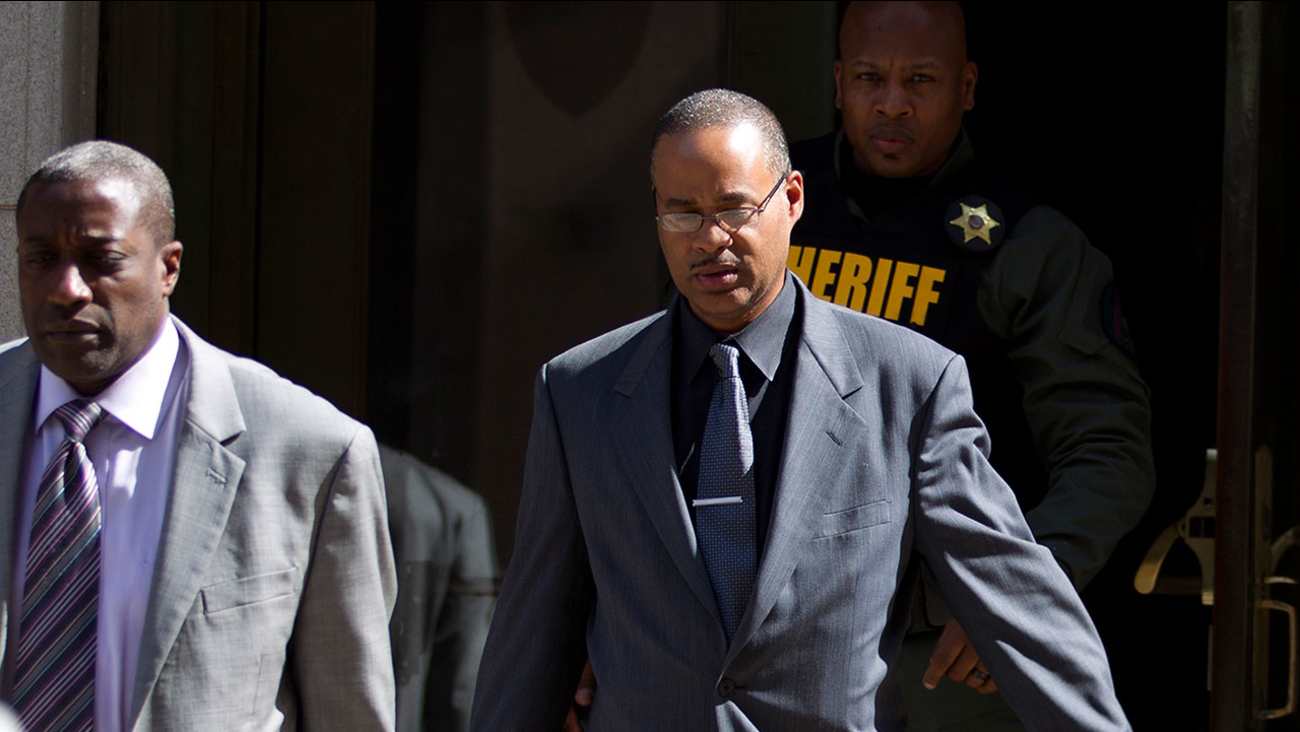 BALTIMORE -- A judge acquitted a police van driver of all charges including "depraved-heart" murder on Thursday in the death of 25-year-old arrestee Freddie Gray, whose broken neck on the way to the station set off Baltimore's worst riots in decades.

Six officers were charged in Gray's death, but only Officer Caesar Goodson was accused of murder. Gray was fatally injured after officers bound his hands and feet and Goodson left him unprotected by a seat belt that prosecutors say would have kept him from slamming into the van's metal walls.

Baltimore Circuit Judge Barry Williams delivered his verdict after hearing five days of testimony in the non-jury trial. He also found Goodson not guilty of manslaughter, assault, misconduct in office, and reckless endangerment.

Williams ruled that the state failed to show that Goodson knew he'd cause harm to Gray by leaving him unbuckled, or that Goodson was aware that Gray was injured and intentionally failed to call a medic.

"The state failed to prove the defendant knew or should have known that Mr. Gray needed medical care," the judge said.

"Unlike in a shooting or a stabbing, or a car accident, this injury manifests itself internally," Williams said, citing conflicting testimony from medical experts. "If the doctors weren't clear, how would a person without medical training know?"

The judge also said the state failed to prove that Goodson gave Gray a "rough ride."

"The state had a duty to show the defendant corruptly failed in his duty, not just that he made a mistake," the judge said.

Protests and rioting after Gray's death on April 19, 2015 set the city on fire, forcing Maryland to bring in the National Guard. The unrest forced the city's mayor to abandon her re-election campaign, and the Department of Justice opened an investigation into allegations of widespread police abuse.

Prosecutors said Goodson was criminally negligent when he failed to buckle Gray into a seat belt or call for medical aid after Gray indicated that he wanted to go to a hospital. But Goodson wouldn't talk to investigators or take the stand at trial, leaving the state with slim evidence of intent to harm.

The acquittal of Goodson, 46, is perhaps the most significant blow to State Attorney Marilyn Mosby's efforts to hold police accountable for Gray's death.

Last month, the same judge acquitted Officer Edward Nero of misdemeanor charges, and in December, he declared a mistrial after a jury failed to agree on manslaughter and other charges against Officer William Porter.

Porter faces a retrial in September, and three other officers have yet to be tried.

Gray was arrested April 12 after running from an officer on bike patrol outside a public housing project not far from the Western District station house. A neighbor's video showed him handcuffed behind his back and hoisted into Goodson's van.

The van made a total of six stops that day, and Gray was unresponsive on arrival at the station house 45 minutes later. Prosecutors said Goodson was there throughout and checked on Gray during the third and fourth stops, so he should have known Gray was in distress. They said his failure to call a medic amounts to murder.

A prosecution expert testified that Gray could not possibly have broken his own neck. Prosecutors said the injury happened somewhere between the second and fourth stops, when Goodson and Porter lifted Gray off the floor.

Porter testified that Gray was lethargic, but could breathe and speak, and didn't seem injured. Prosecutors countered that the initial injury became critical as the trip continued.

Second-degree "depraved heart" murder, which carries up to 30 years in jail, would mean that Goodson was so negligent in his inaction that he cast aside any consideration for Gray's life.

During opening statements, prosecutors for the first time accused Goodson of giving Gray a "rough ride," intentionally leaving him unbuckled "to bounce him around in the back of the van."

But by closing arguments, they all but abandoned the theory, saying Goodson's failure to belt Gray in under the circumstances was sufficient to prove the intent necessary for a murder conviction.

"Officer Goodson never calls a medic, he never takes Freddie Gray to the hospital," said Deputy State's Attorney Jan Bledsoe. "He has breached his duty, and because of that breach Freddie Gray's life was shortened."

The judge seemed skeptical, peppering prosecutors with questions and asking what evidence they had supporting the "rough ride" theory. What if Gray had emerged from the van unhurt, despite being unbuckled, and was found to be falsely claiming injury in order to avoid jail?

Chief Deputy State's Attorney Michael Schatzow said the failure to belt him in would still be a crime, although a difficult one to prosecute.

Goodson's attorney Matthew Fraling fiercely rejected the allegations, telling the judge that Goodson was a "gentle" officer who didn't buckle him in because Gray was exhibiting "violent and erratic" behavior, citing witness testimony that he was making the wagon shake back and forth by kicking and flailing inside.

Fraling also said Gray said yes when Porter asked if he wanted to go to a hospital only because Gray hoped to avoid jail.

"They have failed to cobble together any type of case with reasonable inferences, let alone evidence," he said. "The mere fact that harm resulted doesn't mean the Officer Goodson's conduct is the cause of that harm."