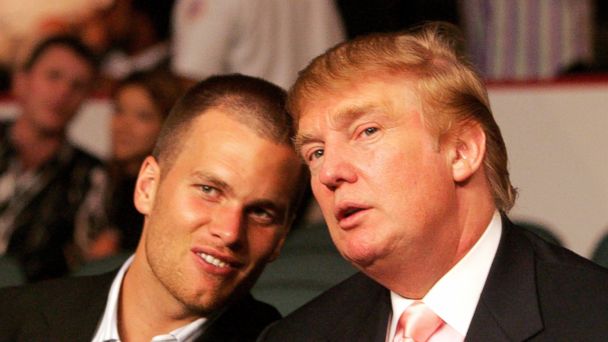 The vast amount of attention paid to the Super Bowl has helped to put politics front and center, even if the NFL would rather keep people's eyes on the field.

Protests seen around the country since the presidential election are expected to continue this weekend in Houston, according to a report by the Houston Chronicle, which notes that anti-Trump demonstrators plan to march from Houston's City Hall to Discovery Green, the site of Super Bowl LIVE, a fan festival, on Saturday.

The Houston chapter of Black Lives Matter is planning to march on Sunday in a separate rally to NRG Park, site of Super Bowl LI, according to an event posted on its Facebook page.

At the same time, FOX, which is broadcasting Super Bowl LI on its network, will air a sit-down interview with Donald Trump conducted by Fox News host Bill O'Reilly as part of the network's Super Bowl pregame coverage.

The political atmosphere leading up to Sunday's finale is nothing new for an NFL season that started with widespread protests of our national anthem by some players.

Jeremy Schaap, an ESPN correspondent and host, told ABC News that "politics are part of the landscape at this Super Bowl to a much greater extent than usual," in part because of the game's proximity to the inauguration.

"The game is taking place two weeks after the inauguration and the atmosphere is more charged nationwide than at any time in recent memory. There's also the fact that when this NFL season got underway there was so much debate about Colin Kaepernick's decision not to stand for the national anthem," Schaap said, referring to the San Francisco 49ers quarterback's protest which began in the pre-season, against what is, as Kaepernick said to NFL.com, "a country that oppresses black people and people of color."

"More than usual, football and politics have intersected this season," Schaap added.

Dennis Deninger, who teaches sports communications at Syracuse University and is the author of "Sports on Television: The How and Why Behind What You See," told ABC News that the NFL has gone to great lengths to try and depoliticize the league, and that Sunday's game will test its ability to control it.

"They're going to do their best to keep politics off the field but how are you going to prevent Lady Gaga from making a political statement, if she wants to do it?" Deninger said, referring to the game's half-time performer, who is an outspoken advocate for LGBT issues and supported Hillary Clinton during the 2016 election.

Last season's Super Bowl halftime show, in which Beyonce made a nod to the imagery of the Black Panther and Black Lives Matter movements through costumes and choreography, drew sharp criticism from conservatives on social media.

Deninger noted that halftime performers are not paid by the league, making them, in his opinion, more difficult to control.

"It's harder to control someone you're not paying," he said.

But as Kaepernick helped to demonstrate, politics do not begin and end with the halftime show.

For example, New England Patriots Martellus Bennett and Devin McCourty raised their fists in the air following the national anthem in September.

But others on the team appear to want to keep politics out of the playbook. While Donald Trump considers Bill Belichick, the team's coach, and Tom Brady, its superstar quarterback, to be friends and supporters, both sidelined questions by the media this week about their relationships with the president.

"As the two biggest figures in football, Bill Belichick and Tom Brady shouldn't be surprised when they get asked questions about their support for Donald Trump," Schaap said.

Brady recently described his relationship with Trump on Boston's WEEI radio, calling it "just a friendship." He also told the media this week that he wasn't going to talk about politics.

But Schaap noted that Trump brought up the NFL during his campaign, mocking growing concerns among some fans about brain injuries related to concussions.

"President Trump made a point of dismissing the dangers of head trauma in football during the campaign--and there is an increasing split, a regional split, that probably tracks to some degree along a red state-blue state axis, with regard to sentiments about the brutality of the game," Schaap said.

Deninger said that the political atmosphere around the NFL has as much to do with ratings as anything else, and noted that the season finale typically pulls in more viewers than any other sporting event in America.

More than 111 million viewers tuned into last year's game, according to Nielsen ratings.

The massive size of the audience also makes the Super Bowl a big magnet for advertisers, who are not immune to the political divisions that shadow the game this year.

84 Lumber, an American building materials supply company, and Budweiser, the beer company, have addressed controversies caused by their use of immigration stories in planned Super Bowl ads.

84 Lumber revised an ad that ostensibly tells the story of an immigrant family's journey from Mexico, after an original version was nixed by FOX for being too controversial. The new version, which will air in the second quarter, points viewers to a website where the original version can be seen.

Budweiser issued a statement this week saying that its ad, which tells the story of its founder's journey from Germany to the U.S., had been planned for a long time, and was not meant to be viewed through the lens of politics.