Obama Calls Flood of Kids into US a 'Humanitarian Crisis' 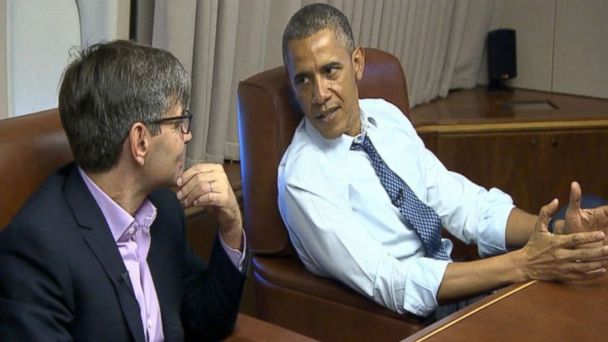 MINNEAPOLIS -- President Obama says tens of thousands of Central American children flooding into the U.S. along the southern border have created a "humanitarian crisis," and he appealed directly to parents to stop sending kids north.

"Our message absolutely is don't send your children unaccompanied, on trains or through a bunch of smugglers," Obama told ABC's Chief Anchor George Stephanopoulos in an exclusive interview here. "We don't even know how many of these kids don't make it, and may have been waylaid into sex trafficking or killed because they fell off a train.

"Do not send your children to the borders," he said. "If they do make it, they'll get sent back. More importantly, they may not make it."

More of Stephanopoulos' interview with the president will air on "Good Morning America" tomorrow and on "This Week" Sunday morning.

The Department of Homeland Security says more than 52,000 unaccompanied minors have been detained along the U.S. border with Mexico this fiscal year. In addition, authorities have apprehended 39,000 adults with small children. The numbers reflect a significant uptick over last year, when just 24,000 unaccompanied minors were apprehended. The majority in the surge hail from Central American countries, and a disproportionate number are young women and under age 13, officials say.

Under federal law, undocumented immigrant minors from countries other than Mexico cannot be immediately returned. Instead, U.S. authorities are required to process the children, then provide for their health care and other basic needs before releasing them to relatives or foster parents until they are to appear in an immigration court.

"If they come from a non-contiguous country, then there's a lengthy process," Obama told Stephanopoulos.

Obama administration sources said this week that of the unaccompanied children who come into the U.S., historically more than 50 percent are placed with parents or family members in the U.S. and many are adopted by American families and remain.

Republican critics say lenient immigration policies under the administration - including the Deferred Action program, granting legal status to some undocumented youth already in the U.S., and a directive to prosecutors to focus on deporting criminal aliens - have exacerbated the problem.

But Obama said this year's influx reflects "the desperation and the violence that exists in some of these Central American countries."