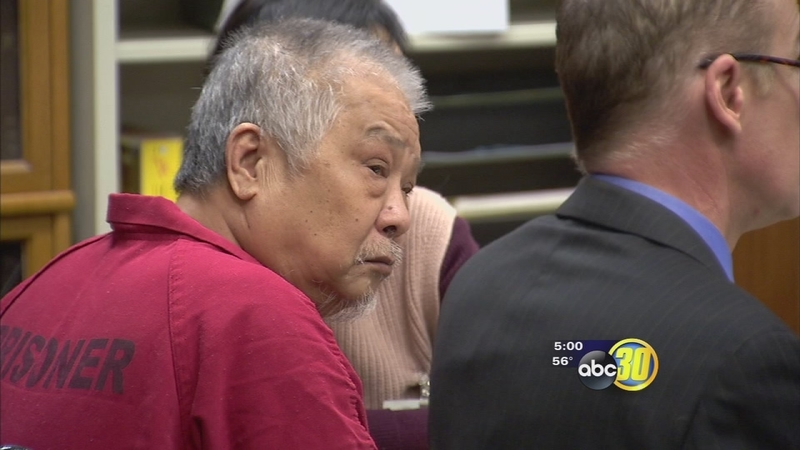 Tuesday, his wife told the court her father-in-law, Samuel Yue, was on a rampage when he grabbed a gun. Yue's wife and mother pleaded with him after they saw his father had a gun and was going after him. But he didn't run away, and he died in the family's front yard after being shot several times in the abdomen.

At the central Fresno home on north Glenn Avenue, family problems came to a head a year ago and Samuel was arrested in his front yard. The victim's wife said that day she begged her husband to leave and warned him about his father. But his last words to her were a bold statement, with him refusing to back down.

"And then he said, 'If father wants to kill me, go ahead," she told the court through an interpreter.

Yue's wife testified at the preliminary hearing Tuesday. She at times cried describing the gunfire and how Yue fired even after his son was already on the ground.

"And then my father-in-law walked toward him and start shooting again," she said.

The family turmoil that day started in the morning when the victim's brother, John, came to visit. Yue's widow testified John had blocked Tom's Toyota 4Runner in the driveway. When he needed it moved to go buy milk, John just left. The confrontation angered Yue - so much so, he told Yue's wife they needed to move.

"Because he told us to get out so I packing my stuff," she told the court.

The testimony abruptly ended early after Samuel apparently became ill and started throwing up. His attorney said he was dizzy earlier in the day and during lunch his symptoms got worse.